Know your triggers: Protect your asthma during COVID-19 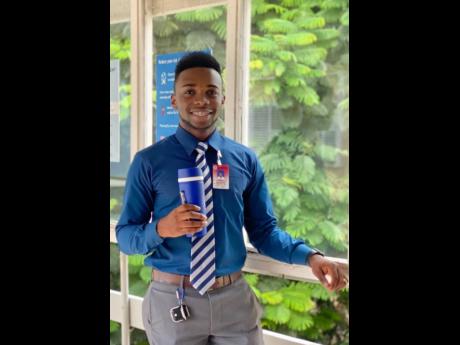 Asthma is one of the most common chronic respiratory conditions, with one in every 13 persons having the illness. The condition affects both adults and children alike, and according to Dr Je-Vaughn Wynter, this is due to inflammation of the airways resulting in recurring episodes of wheezing, breathlessness and, in some people, coughing.

Asthmatics have been at a higher risk since the COVID-19 pandemic and made worse with the recent Saharan dust coverage over the island.

“What happens during an asthma attack is that there is some level of inflammation. So similarly, if you experience some level of trauma, like if you hit or you fell on your hand, it becomes red, it starts to hurt and there is some swelling, and that’s pretty much what happens in your airways when your asthma is triggered,” Dr Wynter said.

He further illustrated that when one’s asthma gets triggered, the airways act like a blocked pipe due to the swelling and inflammation, so air is unable to pass through freely and the airways become constricted, resulting in the symptoms associated with the condition.

It is a popular thought in Jamaica that a child has ‘grown out’ asthma, but Wynter reminds us that this is not the case.

“When you have asthma, it never goes away because, as I said, it is a chronic illness. Some persons may have asthma but they don’t have asthma attacks, so you may have it for years and years and it doesn’t bother you, so you think it’s gone, but it’s just not acting up; it’s still there,” he told The Gleaner.

According to Wynter, the root cause of asthma is difficult to find so he recommends that the different triggers be noted so they can be avoided.

“Now, there are certain triggers that result in an asthma attack, some of which are pollen, dust, dander from pets’ furs and pests, dust from curtains and mats; if you live in a house with mould, cigarette smoke, heavily scented perfumes – these we call allergens, but then there are other triggers of asthma, like exercise,” Wynter informed.

As a result, he provided a few tips to assist parents of children and adults living with the condition:

• Identify triggers, and avoid/limit them as best as possible.

• In light of the COVID-19 pandemic, wear a mask if you are going on the road, otherwise try to stay inside as much as possible.

• For some asthmatics certain foods, for example, peanuts, are triggers for their asthma, so avoid those as well.

• So do certain medications; in this case, talk to your doctor before taking any medications.

• Always have your control and emergency inhalers, and use as prescribed by your doctor.

• With the summertime, there may be more dust particles than usual in the air, and those will cling to rugs and curtains and can trigger an attack, so it is recommended that these be cleaned regularly in warm water to get rid of those pollutants.

Wynter also added that certain viral infections like the flu can also cause inflammation and swelling of the airways, resulting in an asthma attack, and as such, he recommends that extra care should be taken during flu seasons.

It should also be noted that severe asthma attacks can be life-threatening, so it is recommended that persons with the condition have a close relationship with their doctors.