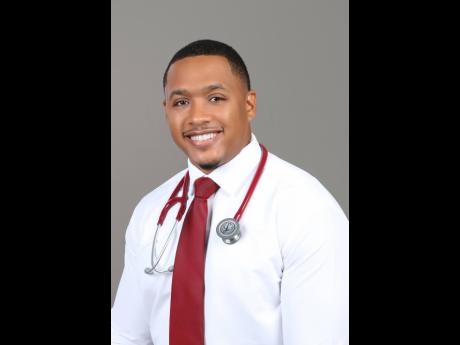 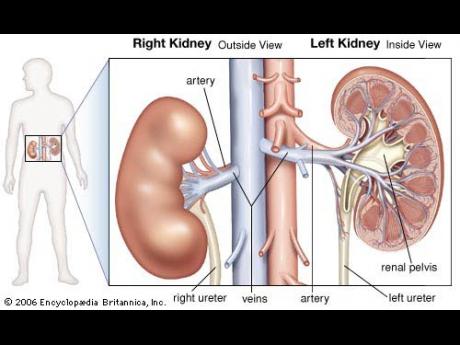 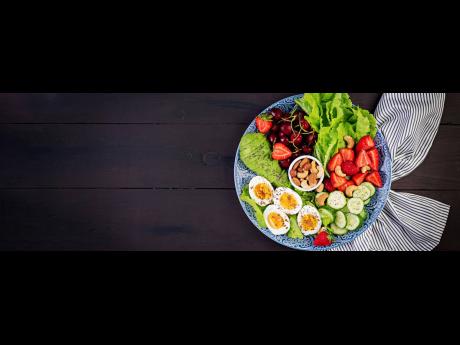 An estimated 300,000 Jamaicans, or about 10 to 12 per cent of the population, suffer from chronic kidney disease (CKD), with many more not knowing that they have the illness.

Nephrologist Dr Arillon Chrysostom wants more Jamaicans to practise a healthy lifestyle to minimise the risk of developing the illness.

“The battle of kidney disease can be valiantly fought by slowing its progression, which, in our population, is primarily targeting its major culprits – diabetes and hypertension - by minimising the risk factors for progression, such as keeping one's blood pressure and sugar controlled, adopting healthier lifestyle habits, as well as early screening for these illnesses if one has a strong family history,” he added.

Chrysostom points out that hypertension and diabetes mellitus are the main drivers behind people developing CKD in Jamaica and the Caribbean, with hypertension being the leader in Jamaica. He explains that other conditions, such as systemic lupus erythematosus, sickle cell disease, genetic disorders, and infectious diseases such as HIV/AIDS, may account for other causes of kidney disease.

“For diabetes and hypertension, the young to middle-age are affected. Because females have more health-seeking behaviour, it would appear as though females have a higher prevalence, but this may not necessarily be the case. For lupus, however, we see a strong female predominance of 75 to 90 per cent of cases in comparison to males.”

Chrysostom states that there are five stages of CKD. After stage five, the body is no longer able to filter out waste substances from the blood, and this is seen as a rise in the person's creatinine. Creatinine is a waste product made by the muscles as part of regular, everyday activity. Normally, the kidneys filter creatinine from the blood and send it out of the body in the urine. If there is a problem with the kidneys, creatinine can build up in the blood and less will be released in urine.

“When this occurs, the person is now referred to as having 'end-stage renal disease', which means they require renal replacement therapy, or dialysis, in order to rid the body of its excess waste chemicals. There is a high demand for dialysis therapy nationwide and as a result, the public sector has been at full capacity for years, with persons being placed on waiting lists, or who may even die while waiting to receive a spot,” the nephrologist explained.

“Many persons who require dialysis must, therefore, look to the private sector for treatment. Ideally, patients should be dialysed three times weekly. Due to the excessive costs of a dialysis session, 50 per cent to 60 per cent of patients get only two sessions per week; and a further 10 to 20 per cent, once per week,” he said.

The nephrologist explains that the annual cost of treating a patient is about $2.5 million per year, which includes the cost of dialysis treatment and medication.

“As one can imagine, kidney disease, particularly end-stage renal disease, bears a heavy financial and emotional burden on families. Relatives are impacted heavily by seeing their loved one enduring the challenges of life as a dialysis patient, and patients can become very discouraged by the chronicity of their illness,” he explained.

“Additionally, dietary restrictions placed on the renal patient make selecting healthy food options challenging, as well as the increased likelihood of hospitalisation for complications associated with being chronically ill, or simply not having enough dialysis treatments,” he added.

Hugh Reid, general manager, JN Life Insurance, explains that with the cost to treat CKD being extremely high, Jamaicans need to ensure that they follow some simple steps.

“In 2019, Minister of Health and Wellness Dr Christopher Tufton revealed that it costs families up to $80,000 per week to get dialysis at private healthcare facilities. If you were to add that up, that would be up to $4 million annually,” he said.

“Spending $4 million on healthcare will wipe away the savings of the average Jamaican family. This is why it is important that as Jamaicans we practise a healthy lifestyle, get screened for CKD and other ailments, and put in place financial tools, such as a critical illness insurance, to ensure that we are able to cover the cost of such illnesses should the need arise,” he added.

Olive Powis Campbell, whose brother, Owen Powis, was diagnosed with stage-five renal failure in 2020, said her family has learned from the experience.

“This has really been a revelation for me. It took a toll on us in the initial stages of the dialysis. I was there with the doctor trying to get an understanding of what this meant. The nephrologist has helped us to understand what the stages are, and we have been educating persons about the illness and how to manage or prevent it. As a family, we have also supported him through it,” she said.

“By simply reducing the ingestion of certain components from one's diet would be a large step in the right direction. Obese persons can develop high blood pressure and insulin resistance, which can progress to full-blown hypertension and diabetes mellitus, respectively. Diet and consistent exercise – 150 minutes a week of moderate-intensity exercise, as tolerated – are, therefore, fundamental components in preventing CKD,” he advised.