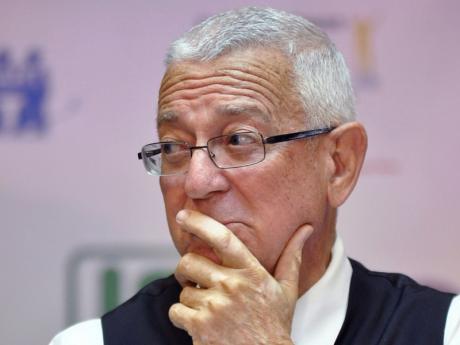 Although arrangements have been made to truck water to schools given the current water crisis, Education Minister Ronald Thwaites has said that parents may also be called upon to provide their children with sufficient water for drinking and for sanitary purposes when schools reopen in September.

"We have to put some responsibility on parents and students to bring drinking water, and, on occasions, to bring water enough to wash hands and to flush the toilet," the minister told The Gleaner.

He said that while doing this might inconvenience some parents, it was a practical suggestion that could become a reality as Jamaica continued to grapple with drought conditions.

"We hope it doesn't come to that, but if the school doesn't have water, what is more important? To have the school continue, with the added burden of taking some water, or to throw up your hands?" the minister asked.

"Education is absolutely the first priority, and we must not find any reason or every reason to suspend it," he said.

Everton Hannam, president of the National Parent-Teacher Association of Jamaica, said while it is the responsibility of the Ministry of Education and the National Water Commission (NWC) to ensure that schools have an adequate water supply, parents also have a role to play in minimising the possible effect the water shortage might have on their children.

"Taking into consideration the situation where we are at with the extreme drought and the options that exist of either not sending our children to school or sending them ill-prepared, then, at this time, we would support whatever proposals are being put forward by the Government," he said.

Thwaites said he has been assured by Water Minister Robert Pickersgill that water will be trucked to schools affected by the drought.

Thwaites said that while things may be better in western parishes, where there has been increased rainfall, the effects of a water shortage affecting schools could be more chronic in the Corporate Area.

Corporate communications manager for the NWC, Charles Buchanan, told The Gleaner yesterday that despite a few days of rainfall last week, there had not been much improvement in the country's water supply.

"It is still severe, and, in some places, worsening ," he said.

Buchanan also said the Mona Reservoir was not receiving any water from the Hope River, which, originally, was its primary and only source.

"At the moment, for example, we are at some 48 per cent of capacity at the Hermitage Dam and some 25 per cent at the Mona Reservoir. We would have been a little above that at both facilities prior to the brief episodes [of rain]," he said.

Buchanan said both rural and Corporate Area water systems were under pressure and this was likely to increase for the reopening of schools.

"It is likely to increase the challenges with which we will be faced, and so some additional mechanisms will need to be put in place to mitigate, but unavoidably, it is likely that increased demand for water in certain specified locations will create some additional pressures and challenges for our system," he said.