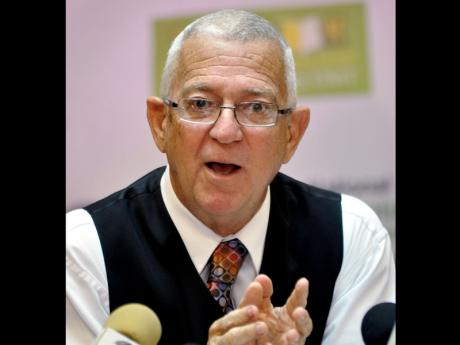 RANKED AMONG the worst-performing schools by Educate Jamaica, the Ministry of Education has selected Robert Lightbourne, Seaforth and Paul Bogle high schools in St Thomas to kick-start a pilot project for the new school year, which will see them pooling their resources to improve education performance.

Speaking on Wednesday at the Alhambra Inn in St Andrew to outline the findings of the 2014 National Education Inspectorate (NEI) report, Minister of Education Ronald Thwaites said the idea was to combine the resources under school district arrangements to lift struggling schools.

In the 2014 ranking, Robert Lightbourne was ranked as the worst-performing school, placing 161 at the bottom of the list.

"It was thought of before, but never implemented, but in the face of abject challenges, we had to take immediate action. Here you have Robert Lightbourne, where they have 1,200 places in a well-equipped school, but only about 200 students, while five miles down the road at Seaforth, they are running a triple-shift school with similarly indifferent results, and three miles or so further, you have Paul Bogle, which is also on a shift system, with similar results," he said.

"What we have resolved to do as a start with these schools is to see if we can move the schools closer together under a single administrative organisation."

Stating that the administrations in all three schools were open and enthusiastic about the project, he said that by combining their resources, what would now exist is a cluster in which excellence could prevail.

Thwaites said this was a first step towards the agglomeration of students in districts across the island.

He said the idea was not to take away the responsibilities of the individual boards and principals, but rather to create a legal matrix for sharing.

"While Seaforth has classes of one teacher to 40 underperforming students, Robert Lightbourne has classes with five and seven students and one trained teacher," the minister noted.

"But under the existing system, we can't move one teacher from one place to another, unless they are prepared to go, because of the regulations that states, that a teacher is tenured in the school of their appointment after one year of probationary service, unless the most egregious default takes place during that service."

He added: "We are now trying to use all the resources at our disposal to achieve better results, which will include social and legislative, among other factors.

"Think of the epiphany that could take place if we were able to do this more broadly around the island. This is just one part of the answer, in using our existing resources better, if we would only be flexible, thoughtful and open to change."

The ministry met with some parents of students from Paul Bogle and Seaforth on Wednesday, for whom a special numeracy and literacy intervention programme has been designed.