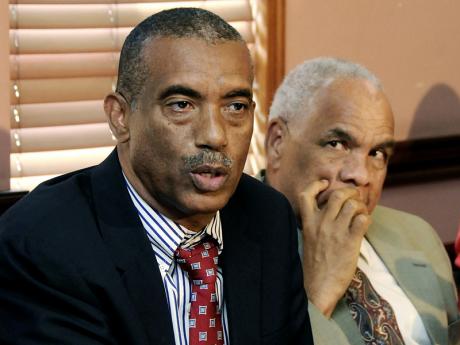 The Jamaica Urban Transit Company (JUTC) says it is losing $10 million per day on fare subsidies, and insists that the increases in fares, which take effect on Sunday, are necessary to help keep the state-owned bus company on the road.

The Reverend Dr Garnett Roper, chairman of the state-run bus company, told The Gleaner yesterday that anticipated revenues from the increase in fares to senior citizens are expected to amount to $270 million per annum.

"We are writing a $10 million cheque each day to the commuting public," Roper said.

Roper told The Gleaner 155,000 persons - adults and children - are currently subsidised by the JUTC each day in the amount of between $80 and $90.

"In giving a subsidy to 115,000 people and with the new fare structure, the subsidy will now be $90 for students and $60 for the elderly," said Roper.

He said the ideal fare for persons to ride the JUTC buses is about $110.

Transport Minister Dr Omar Davies on Wednesday announced an increase in fares for persons using the JUTC, saying the company cannot continue to maintain its level of service at the current rates.

"We
can't support the welfare from the state company ... . It is a foolish
argument to suggest that we should not increase bus fares because if we
don't, then we would have to find the revenue to pay the cost of
fuel."

The cost of fuel to the JUTC has increased by
37 per cent when the April to July quarter of 2013 is compared with the
same quarter this year. In fact, the company spent $685.1 million over
the four-month period this year for fuel, $405.7 million to maintain and
repair its buses, $584.4 million for wages and salaries, $66 million
for toll, and $62.3 million for tyres.

In 2009, the
Office of Utilities Regulation (OUR) estimated that the economic fare
for a ride on the JUTC buses was $131 for adults, $40 for concessionary
passengers and an average of $361 for premium-service
passengers.

Roper told The Gleaner
that the JUTC is faced with the decision to continue to provide the
service to the adult passengers in the Kingston Metropolitan Transport
Region and simultaneously to concession
passengers.

Roper said the economic cost of
approximately $110 for each commuter, without concession, does not
include meeting operational costs such as purchasing of spare parts and
buses. He explained that this is why another $10 has been tagged on to
bring the total to $120.

The JUTC chairman said if the
provision of spare parts and maintenance of the buses were taken into
consideration, it would cost the JUTC management an estimated $560 per
ride to keep the units on the road.

"When the
operational costs are deducted, we can live with $110 and put the $10
down as replacement costs at last year's fuel cost," said
Roper.

With 120,000 adults travelling on the JUTC
buses daily, and a significant growth in the Spanish Town number since
April 2014, Roper said the JUTC has moved from a 55:45 ratio concession
to 50:50. This means that 55 per cent of adults paid full fares compared
to 45 per cent whose fares were subsidised.

Over the last four months, the fares
of an additional five per cent of adults, or half the number, and being
subsidised.

Roper revealed that the JUTC is expected
to save $412 million a year with the introduction of a cashless system
on September 1, 2014

He suggested that when the JUTC
converts fully from cash to cashless, it would exclude bank charges;
security and courier services, as well as leakages and cashiers that
would no longer be need to be employed.

"We are
looking at all of these efficiencies, including encouraging the elderly,
who are being subsidised, to travel during off-peak hours, between 10
a.m. and 2 p.m. when we carry a substantially reduced passenger load,"
said Roper.

He told The Gleaner
that in inducing senior passengers to travel during off-peak periods,
they would be offered discounts on fares.

"That would
help us because we would then increase our passenger load and,
therefore, increase our revenue but our cost would remain virtually the
same."

Total operating expenses for the JUTC last
fiscal year was estimated at $5.2 billion and is projected to increase
to $6.7 billion, based on information contained in its profit and loss
accounts.

The company currently rolls out 400 buses
per day, and says it intends to increase that number to 445. The bus
company has set a target of earning $4.5 billion in fares, up from $3.2
billion last year, while containing total expenses at $8
billion.