Is Jamaica on a coffee break? Local farmers among lowest producers in region, says CIB 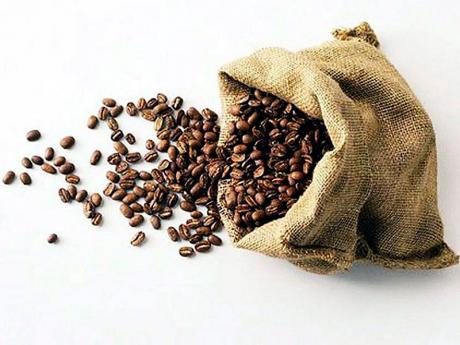 WITH THE price per box of Blue Mountain Coffee averaging $5,000, the coffee-farming sector is missing out on a bonanza in the region of $2.5 billion annually, which would be possible if production reaches the 500,000 boxes targeted by the Coffee Industry Board (CIB) and the Jamaica Agricultural Society.

Currently, earnings in the sector are less than half this target amount as coffee production has fallen to less than 200,000 boxes annually.

Local coffee production, which has fallen from a high of more than 500,000 boxes in 2004 to under 200,000 boxes for the last crop year, continues to compare unfavourably with other producers in Central America and the Caribbean, Gusland McCook, manager of the Advisory Services Unit with the CIB, states.

Jamaican production is also much lower than Colombia, where production averages 57 boxes per acre, and Costa Rica, where the average is 97 boxes.

MAKE USE OF TECHNOLOGY

McCook was speaking during 'Coffee - Challenges in Production and Export', staged by the Caribbean Academy of Sciences, Jamaica, in collaboration with the Pesticide Research Laboratory and the CIB at the University of the West Indies, Mona, recently.

CIB data indicate that among more than 10,000 farmers, most of whom are registered with the CIB, the average small holder farms coffee on five acres and produces on an average eight boxes per acre.

In between these two extremes are farmers who produce inconsistently and who are described by the board as "opportunists". Their production level is higher, at an average 20 boxes per acre.

At the high end of production are regular large coffee farmers, producing on farms of average size 13 acres with output of 37 boxes per acre. At the most productive end - 82 boxes per acre, farm size averages 107 acres and gross annual income is approximately $24 million.

Coffee producers in Jamaica are spread from the Blue Mountains region in St Andrew, Portland, and St Thomas to the highlands of western Jamaica.

The island is segmented into four regions by the coffee board, with the largest region being Blue Mountains farming country, which has 2,856 registered farmers and just over 6,000 acres under cultivation.

Producers in the island's northern region - east and western St Ann, Guy's Hill, and north-west and central St Catherine - include 577 registered farmers, with 682 acres under cultivation.

In the central region - South Trelawny, St Elizabeth, north and south Manchester, Frankfield and south and eastern Clarendon - the board notes 566 registered farmers, with 460 acres being actively cultivated.

In western Jamaica - inclusive of production areas in Catadupa and Darliston - there are 103 registered farmers, with 80.53 acres under cultivation.