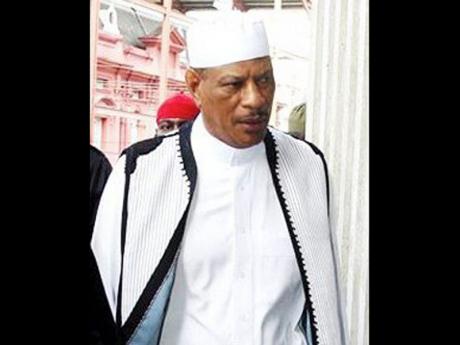 A Government official has revealed that Jamaat Al Muslimeen leader Yasin Abu Bakr was denied entry to Jamaica because of his history as a radical Muslim.

The Jamaat Al Muslimeen group attempted to overthrow the government of Trinidad and Tobago more than two decades ago, on Friday July 27, 1990.

A statement from the Passport Immigration and Citizenship Agency (PICA) said Abu Bakr was refused leave to land under Section 4 (1)h of the Immigration Restriction (Commonwealth Citizens) Act.

That section states that prohibited immigrants include any person who, based on reliable information or advice, is deemed to be an undesirable inhabitant of or visitor to the island.

PICA said the decision to refuse Abu Bakr leave to land was in the interest of national security, given the present threat posed to public safety.

The agency did not explain the exact nature of the threat.

However, a government official, who did not wish to be named, said the refusal of entry was also connected to a recent United Nations resolution co-signed by Jamaica.

On September 24, Jamaica joined the international community in supporting the United Nations Security Council in its Resolution 2178 on Threats to International Peace and Security caused by Terrorist Acts.