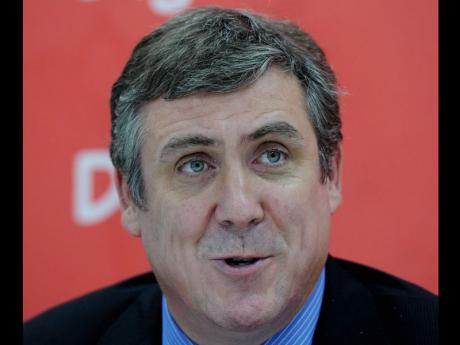 TELECOMMUNICATIONS GIANT Digicel says the number of its subscribers who use smartphones surpassed one million last December, reflecting a 20 per cent growth during the last three months of 2014.

The company says this development means that more than 45 per cent of its subscriber base now uses smartphones. This is well ahead of the 20 per cent smartphone penetration across Latin America and the Caribbean reported by GSMA last year.

In a release yesterday, Digicel said the growth in smartphone penetration on its network is in large part due to the company's focus on driving broadband use by providing affordable devices, such as its range of DL smartphones, which are priced at least 30 per cent below other smartphones sold with similar features, speed and display size in Jamaica.

"Offering affordable smartphones, which provide a wide range of features, has been a key pillar of our 'Internet Everywhere' goal," said Barry O'Brien, CEO of Digicel Jamaica. "The recent expansion of our 4G data network, which now covers 92 per cent of our population, has also been critical to our drive to increase broadband penetration in Jamaica."

The telecommunications company said that it also managed to encourage greater appetite for smartphones by increasing the amount of online content that its subscribers can access free of charge.