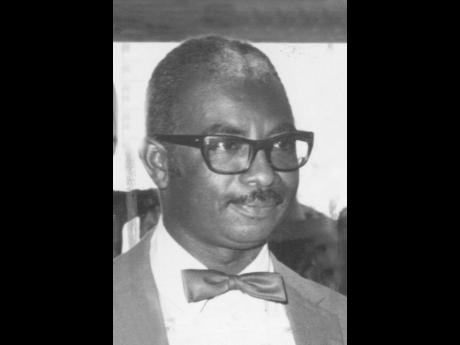 The Calvary Baptist Church family and the Jamaica Baptist Union continue to mourn the death of former pastor, the Reverend Clarence Sam Reid, who died last Saturday at the Cornwall Regional Hospital, Montego Bay, St James, after ailing for some time.

Reid, 78, retired in 2003 after giving 41 years of full-time service in the ministry of the Jamaica Baptist Union, serving as pastor of the Calvary Baptist Church Circuit for 38 years.

Pastor of the St James-located Calvary Baptist Church, the Reverend Everton Jackson, said Reid's passing has been received with much sadness, but hailed 'Reverend Sam' as a giant of the faith and an icon of the times, whose life was defined by service to humanity.

"Sam served with unwavering commitment and uncompromised faith, not for more prestige or power, but serving humankind because of his own love for God and human beings," said Jackson. "He was a phenomenal man who was revered for his intellect and wisdom, which was marked by his ability to articulate matters of religious and social significance."

Deacon Myrtle Dwyer, of the Calvary Baptist Church, said Reid has had a profound influence on her life, having met him while she was attending Montego Bay High School.

"Reverend Sam has had a major influence on my life. I believe he has assisted my ability to enunciate and to express myself, especially at a time when children were taught to be seen and not heard. I would describe him as eloquent and a visionary, a great singer, with a deep appreciation for music.

He served on the board of governors of the Montego Bay High School and also the William Knibb Memorial High School.

He was a founding father of the Caribbean Baptist Fellowship.

He also served in the denomination in several capacities, including president of the Jamaica Baptist Union.

A man of many talents, Reid also worked in media as a Gleaner columnist and radio talk show host on RJR's 'Hotline'.

In a statement, the Jamaica Baptist Union said Reid was "blessed with a pastor's heart, keen intellect, clear thinking, outstanding communication skills, to name a few".

The union noted that the was an influential shaper of thought nationally, regionally and internationally for some three decades.

He is survived by children Susan and David.

Reid's funeral will be held on May 2 at 10 a.m. at the Calvary Baptist Church.