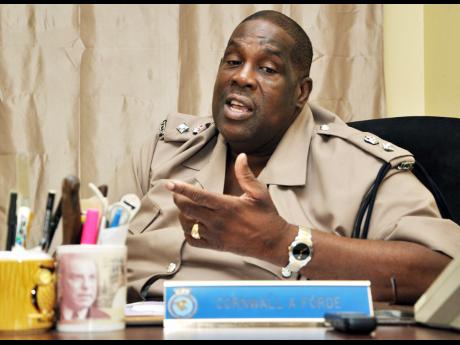 Jermaine Barnaby
Senior Superintendent Cornwall 'Bigga' Forde who took up leadership of the Kingston Western Police Division on Monday speaks with The Gleaner at his office yesterday. 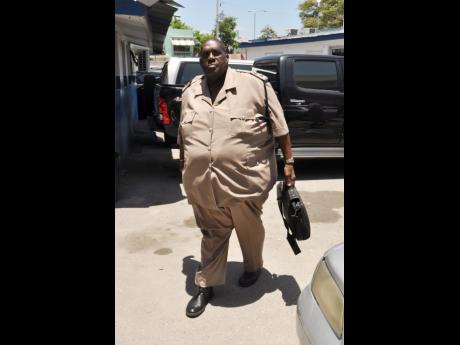 HE IS widely regarded as a tough, street-smart crime fighter, but in his new role as head of the West Kingston police, Senior Superintendent Cornwall 'Bigga' Ford has signalled that he intends to use a raft of social initiatives to inspire change in some of the more volatile areas.

Ford, who is from the Hannah Town community, also in west Kingston, acknowledged that gangs, guns, and extortionists are major concerns in the division but insisted that he and the men and women under his command would take a community approach.

He was quick to point out that this was not a novel approach as police organisations across the globe are now embracing the concept of proximity, or community policing.

"Once you do the community policing, it puts you closer to the people and gives them the confidence to believe in you," he explained during an interview with The Gleaner yesterday.

As an example, he said if the reason is that there is no lunch money for the child, "then I must have a programme in place where I can say, 'You and your mother come 'roun to the (Denham Town Police) station and for about three months I can give you a stipend'".

However, Ford made it clear that this has to be a partnership with the residents, who will have to do their part.

With this in mind, Ford said he wants to put in place a feeding programme for elderly persons across the division, a sports and recreation programme for at-risk young people, and lead a revival of some of the marching bands that once brought positive attention to some of the more volatile communities in west Kingston.

He acknowledged that financial contributions are important but said his preference is for more persons to come forward and serve as mentors for the many at-risk young people throughout the communities of west Kingston.

"I have to give the young people hope. So when we go to them, we are going to say, 'Look! Instead of using your energies in gun play, see some football here, see some sports equipment here. Use them," he continued.

Added Ford: "When you are considering (taking up the) gun, go play some football and blow off the steam or come to the station."

In addition, the new head of the West Kingston police wants the education ministry to revisit the way the placement of students matriculating to high schools is handled.

"We are going to put in programmes to help the children [of west Kingston] get the grades, and me, 'Bigga Ford', a beg the Ministry of Education and the people who control the system to put them a Wolmer's, [St] George's [College], put them a JC [Jamaica College so they can socialise with other kids and understand how other people think and understand life from a different perspective," he said.

However, with 12 murders reported across the division since the start of the year, he sought to make it clear that policing activities would continue in all communities.

"Me can't sit down here talking about social problems and allow the crime to get out a hand," Ford told The Gleaner.

As part of the various crime-fighting measures being contemplated, Ford said he plans to liaise with the Jamaica Constabulary Force's Counter-Terrorism and Organised Crime Division and the Kingston Central Police Division to go after persons engaged in extortion activities.

In addition, he said the anti-gang legislation would be used to break the back of criminal gangs in the division, some of which have again become active.