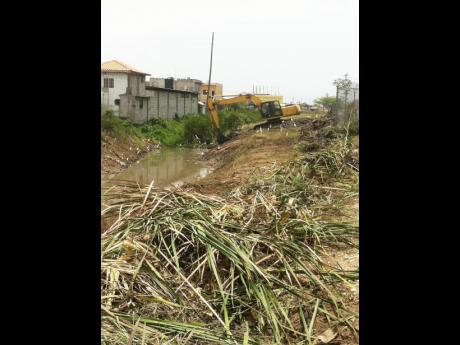 Residents in most St Catherine communities are oblivious to the pending threat of the mosquito-borne zika virus currently affecting at least one country in the region.

Checks by The Gleaner in several communities have revealed that residents who are aware continue to express doubt that the Aedes aegypti mosquito is again responsible for the spread of this new virus, the same doubt they shared regarding the spread of the chikungunya virus.

"We will be promoting a 'cleaning-up, the environment' campaign for Labour Day in an effort to create awareness," Smith told The Gleaner.

In the same breath, acting mayor of Portmore Leon Thomas said he was way ahead with drain- and gully-cleaning efforts, having started four weeks ago with the cleaning of major drains in the municipality.

"Just like how we were proactive with chik-V, so are we now with our public education campaign," Thomas stated.

Spanish Town Mayor Norman Scott said he continued to promote drain cleaning, a process, he claimed, started some time ago and is continuing.

Chief public health inspector for St Catherine Richard Baker told The Gleaner that his department was always in a state of readiness.

"In terms of intervention, we would have been preparing for any eventually. We have put in public education systems in schools, community organisations, and health centres to create the necessary awareness," Baker revealed.

He said it was not the drains and gullies that were major breeding grounds for the vector that is said to be the carrier of the ZIKV.

Baker said the public education campaign is aimed at addressing these issue.