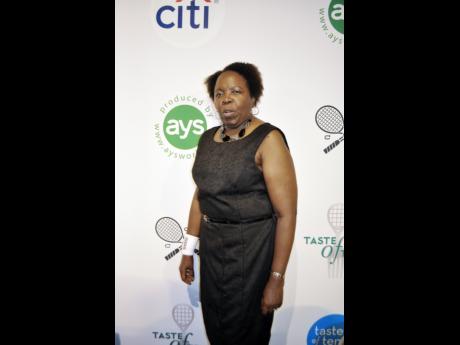 One of the most respected magazines in the American travel industry, Travel Agent Magazine, has named two Jamaicans in a tie for first place in their annual awards for Top Supplier Sales Representatives in the International Tourist Board category.

The nominations and voting are done by the readers of the magazine, who are all travel agents and allied professional travel partners. The double winners are Marcia Sinclair, district sales manager for the North-east, and Mark McDermoth, business development manager for the Midwest.

Both had to compete against scores of their counterparts from other tourist boards from alluring destinations around the world.

Sinclair said it was a pleasant surprise and she felt honoured to have received the recognition.

"This award would not have been possible without the continued support of my colleagues here in the United States and on the ground in Jamaica. This award honours Team Jamaica," she said.

For her, the award, which is based on votes from the retail travel agents in the marketplace, is also significant because she tied for first place with another Jamaican colleague.

She said it meant that the JTB's decision to strengthen close ongoing relationships with one of the most important components of its marketing strategy - the retail agent - has met with great success.

"It means that my contribution to this effort has not gone unnoticed by the many agents with whom I maintain strong contact, be it face to face, by telephone or email. It also serves as an inspiration to continue giving of my very best to ensure that Jamaica remains top-of-mind with our travel agent partners and, in turn, their clients," Sinclair said.

Sinclair, who has more than 20 years in the industry, 10 of which she has spent as a member of the marketing team, became interested in tourism from as far as high school when a JTB executive spoke about the importance of the tourism industry to the economy and the JTB's role in marketing the island as the Caribbean's premier tourist destination.

Subsequently, the JTB became one of her first choices for employment after she completed her first degree in public administration.

Sinclair, who has benefited from working closely with stalwarts of the tourism industry who have inspired and guided her over the years, remains motivated out of love for and service to her country.

"I get satisfaction from hearing the testimonials from those who have enjoyed a 'taste' of Jamaica. The key is constant ongoing interaction in the marketplace to keep the destination top-of-mind and desirable among the competitors."

In providing advice to young people entering the tourist industry, Sinclair said: "There are many jobs available for the qualified young Jamaican. Each individual should bring a firm love of country, the knowledge of the importance of this industry to Jamaica's development, and a desire to provide exemplary customer service. Our guests should view every interaction with us in a positive light, with a desire to repeat the experience."