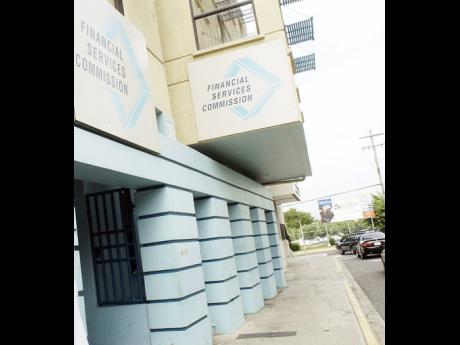 The Financial Services Commission (FSC) has confirmed that World Ventures Holdings is not regulated to sell financial products in Jamaica. The regulatory body has also hinted at possible action against persons luring Jamaicans into spending their cash to join up with the entity.

"The FSC has received information that individuals purporting to solicit business on behalf of World Ventures are operating in Jamaica, and our investigations into the activities of these individuals in Jamaica is ongoing," the regulatory body said in response to questions from The Sunday Gleaner.

"World Ventures is not licensed by the Financial Services Commission to conduct securities business in Jamaica," added the regulatory body.

World Ventures Holdings, which is based in Texas in the United States, had already told our news team that it does not operate in the island despite claims by some Jamaicans that they are raking in millions by signing up with the investment club.

However, the FSC warned that while its investigations into these claims are ongoing, Jamaicans should note that it is not uncommon for unscrupulous persons to use the name of international companies to deceive unsuspecting persons.

"As a general comment, the FSC urges members of the public to exercise due diligence and caution before parting with their money," said the FSC.

"Members of the public are also urged to exercise caution, since individuals may leverage the name and goodwill of legitimate companies in order to induce persons to invest their money, without actually being affiliated to or representing those companies."

Despite the warning from the FSC, persons who claim to have already made big money from the scheme last week blasted The Sunday Gleaner for raising questions about its operations.

One person, Dennis Parker, told our news team that he had earned over US$950 and recruited more than 30 persons to the travel club, in the one year that he has been a member.

According to Parker, he had personally attended training seminars held by World Ventures in the United States, where company officials recognised that his team was from Jamaica.

"They are going to be opening offices in Jamaica very soon so I would assume that they are in negotiations with the relevant authorities, because we have been to the training seminars in Louisville, Kentucky, USA, and they knew we were from Jamaica," said Parker.

He said while he was paid by cheque from World Ventures, those payments were not processed to a Jamaican address or through any Jamaican bank.

"I am paid either by cheque or via my prepaid card, which is associated to a Bank of America account. If I was to be paid by cheque then I would have to use an American address, but the business is definitely not a pyramid scheme," declared Parker.

The FSC also refused to name the operation a pyramid scheme, even as it warned Jamaicans to be wary of investment schemes which offer extraordinary returns, but largely depend on the entrance of new members to the scheme.

"As the investigation is ongoing, the FSC does not have evidence at this time that demonstrates that World Ventures Holdings LLC is a pyramid scheme, as defined under the Jamaican Securities Act," stated the

"The FSC, however, continues to monitor the activities in the market to prevent the re-emergence of Ponzi or pyramid schemes in Jamaica, as defined under the Securities Act, which are investment schemes or the sale of financial products where the returns are derived substantially from other investors or the introduction of other investors."