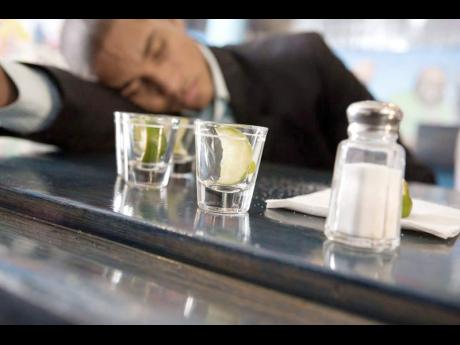 The $10 fine that is now levied on a person who has been found guilty of drunkenness or other disorderly or improper conduct for being in any part of the premises where wine, beer, or other malt liquors are sold is to move to $250,000.

Information provided by the Ministry of Finance, further to a request by The Gleaner, indicates that the Trade and Business Act is to be amended to allow for the penalties to be increased.

The penalty is being moved from $10 for the first offence and $40 to any subsequent offences.

Meanwhile, the days of persons operating businesses without a licence and getting away with this illegal act with only a $2 fine are numbered.

Currently, if any person carries on a trade or business without having the requisite licence, the proprietor shall be liable to a penalty not exceeding $2 for every day on which, while unlicensed, he carries on such trade or business. This, too, will be increased to $250,000.

The minister responsible for finance has the power to increase, reduce, or alter any licence duty, subject to affirmative resolution of the House of Representatives.

In addition to the fines for operating a licence, any person who sells wine, beer, or other malt liquors without a licence will also be hard hit by the amended law. The rate is to move from $4 to $250,000.

The fine for selling wine, beer, or other malt liquors between the hours of midnight and six o'clock in the morning will also be moved from $20 to $250,000.