Businesses fume at huge jump In trade licence, other fees 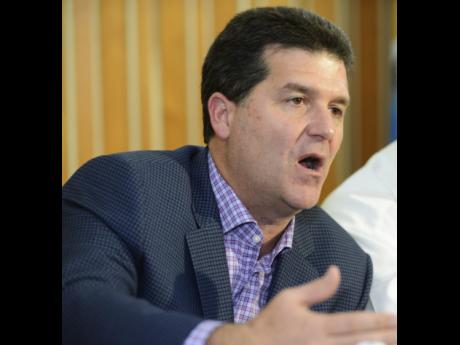 File
Mahfood: I think that it is ridiculous to ask small businesses especially to now have to pay trade licence fees and these new charges. 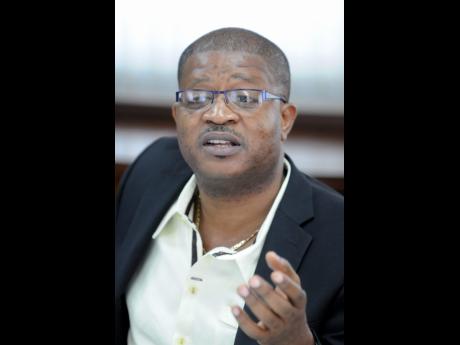 File
Wignal: The increase is sharp and may be a bit much considering the other obligations that you have to bear.
1
2

Business operators whose turnover does not exceed $500,000 per year have been slapped with a 12,400 per cent increase in the cost for licences to carry out business.

The increase forms part of a move by the Government to rationalise outdated fees, fines, and penalties, and trade and business licences.

Dr Peter Phillips, the country's finance minister, while speaking in the Budget Debate in March, said the fee structure was last amended in 1987 and is not in keeping with the realities.

"The fees have long since not been effective and fail to cover associated administrative costs incurred. In light of this, the increase is seen to be critical," Phillips said.

Based on the updated fee structure, which is projected to earn the Government half a billion dollars this year, retailers who have turnovers of up to $500,000 will see their trade and business licences move from $20 to $2,500.

Operators have characterised the increase as hard, unwise, and ridiculous, arguing that it would make it difficult for the entities to survive.

"Some businesses are at the brink, struggling for survival, thus, every single expense at this time does have an impact on their bottom line and their survivability," Donovan Wignal, president of the Micro, Small, and Medium-size Enterprises (MSME) Alliance, told The Gleaner, adding that many of his members have said that they are not looking forward to any expenses.

Trade and business licences will cost as high as $75,000 per year and have been imposed on retailers with turnovers of more than $100 million. Although the finance ministry, in an emailed response to The Gleaner, said the Grade 10 category, which attracts the maximum fee, has been newly created, one business person said she had previously been required to pay $5,000.

Information supplied by the finance ministry indicates that businesses that once paid $5,000 now face an 800 per cent increase in trade and business licences.

These businesses, based on the bands created by the ministry, have a turnover of $10 million to $15 million per year.

Wignal said that while the existing fee structure is outdated, the adjustment is too steep for businesses.

"These fees have been in place for years. To bring some of these fees in line with current economic realities it is probably necessary to increase them, but times are hard and people are finding it difficult to do business," Wignal told The Gleaner.

"The increase is sharp and may be a bit much considering the other obligations that you have to bear. You have the regular taxes, you have the minimum business tax, and you are going to have the three per cent withholding taxes," he added.

The minimum business tax of $60,000 per annum is levied on all registered companies that have revenues greater than $5 million. Start-up businesses will not be required to pay the tax.

Large companies and the Government also face an additional tax liability in the form of withholding tax of three per cent from payments for some services provided by suppliers. This measure was to be implemented on June 1 but has been delayed.

But the reform in the tax environment now makes it possible for entities to reduce tax liabilities from 33.3 per cent to 17 per cent.

William Mahfood, president of the Private Sector Organisation of Jamaica (PSOJ), has characterised the rise in the fees as ridiculous and expressed fear that the health of small businesses could be harmed.

"The fact that companies are already being asked to pay things like the business tax in addition to all sorts of other fees, I think that it is ridiculous to ask small businesses especially to now have to pay trade licence fees and these new charges," Mahfood said.

He complained that every agency of Government appeared to be on the hunt to find money to run its operations, leading to a fragmented approach to commerce.

"Everybody is trying to catch the small, little businesses and they can't take anymore," Mahfood said.

"There are agencies that are of the view that they are really collection agencies for the Government, and all of these fees are making it more difficult for businesses to keep their heads above water," he added.

Madeline Whitter, proprietor of Glenn's Restaurant in Tower Isle, St Mary, said the Government has failed miserably in communicating changes in fees and taxes to citizens. In addition, she has taken issue with the introduction of an asset tax on businesses like hers, which now sees her having to fork out $200,000 for the property from which her business operates.

"You struggle to build your business, but you are actually penalised at the end of the day for being an entrepreneur and getting yourself ahead of the game," Whitter said.

"People will be going underground. You are going to find a lot of people paying nothing now," she added.

"They are really stretching the small business person who is struggling to stay afloat in this recession."

Wignal said the environment remains difficult for businesses, adding that the only respite his members have received is a lowering of corporate income tax and a fall in electricity prices.

Mahfood, for his part, said that while many small businesses would not benefit from the lowered tax rates because they do not meet the threshold, the savings from lower electricity bills are being wiped out with increased fees and taxes.

"One of the windfalls that they have got is lowered electricity because gas price is going down, but the problem is that the Government wants to eat out all of it," Mahfood said.

The MSME Alliance president said that while he agreed that there was need to rationalise the fee structure, the Government, in implementing the massive increase all at once, had gone about it the wrong way.

"We are in an environment where the Government should be trying to make it easier for people to operate their businesses," said Wignal, while adding that the increase should be a gradual one, which takes place over about three years.

The Government, which has taken the country to mid-way in a four-year, austerity-centred Extended Fund Facility programme with the International Monetary Fund, has targeted the collection of $10.3 billion in additional tax revenues this year to fund the $641.5-billion Budget.

Wignal said that the need to reform the economy is not lost on the businesses, but they have been pushed to the edge of survival.

"Businesses are quite aware of the economic reform programme. They now understand what it takes to actually take the entire country out of the doldrums, and in their minds, they have been making sacrifices, they have been doing what it takes and have not been screaming too much. But they are saying to themselves, 'There is no more I can bear as a businessman, I am at my limit'," Wignal said.