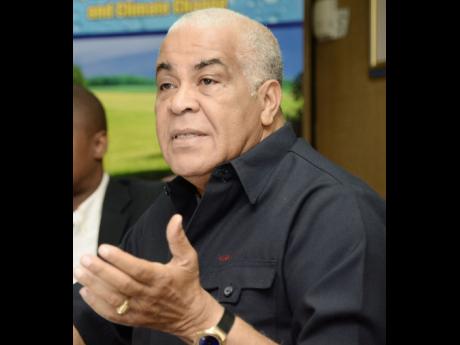 North West St Catherine Member of Parliament Robert Pickersgill has rubbished claims that his constituency has been underserved and neglected by the Government.

In a letter to the editor on Monday, Oneil Hall, who claims to have knowledge about the constituency, castigated Pickersgill for having a poor record of performance in North West St Catherine.

"If The Gleaner should check its archives, it will realise that for every election, some grand work is announced in the Linstead area that never really gets completed. I draw your attention to the market refurbishing project and the bus terminal for Linstead," said Hall.

He also blasted the Government, as well as Pickersgill, for neglecting various communities in the constituency since 1989.

However, Pickersgill dismissed the arguments about his stewardship, noting that "this man does not know what he is talking about".

He told The Gleaner that more than $40 million had been spent on refurbishing the Linstead Market.

According to Pickersgill, work is now under way on a transportation centre and the Government would be spending under $40 million to complete this project. He said the contractor is Black Brothers.

Pickersgill, who has never been defeated at the polls in North West St Catherine since 1989, also mentioned the refurbishing of the Linstead Hospital.

"I have not won six consecutive elections on promise enough, it is performance," Pickersgill, who is also chairman of the People's National Party, declared.

"I have no reason to defend myself because the achievements speak for themselves," he stressed.

"While we would have hoped the market to be completed by now, we can all agree it has improved. I wonder when was the last time Mr Hall visited the market. The building to house the vendors has improved exponentially: bathroom facilities improved and the segmenting of the dry goods vs perishables. However, the parish council is now facing the problem of relocating vendors from the streets into the building itself. Vendors have, over the years, migrated from the building (that needed infrastructural work) to the streets. They found that the 'accessibility' on the streets makes for a viable business," said McKenzie in a letter to the editor.