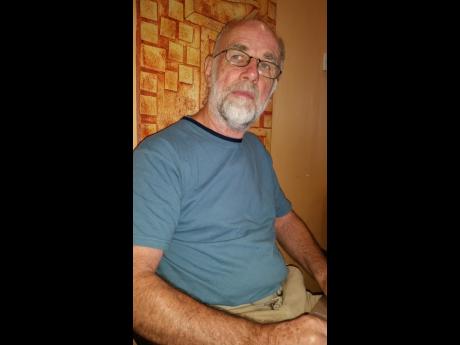 With the help of environmental interests, a group of St Ann communities are to launch an initial assault against bauxite mining in the Cockpit Country.

Come next Tuesday, members of the communities of Gibraltar, Madras and Barnstaple will come together at the Caledonia crossroads in the parish from where they are to explain their opposition to mining.

They will also give informational tours "that show the devastating effects of bauxite mining on neighbouring rural communities of Lime Tree Garden, Caledonia and Watt Town, as well as showcase the value of keeping their communities intact".

This is according to a joint press release issued by community actors and the Windsor Research Centre (WRC), which earlier this year uncovered what appeared to be mining activities by Noranda Bauxite inside an area they consider Cockpit Country.

They have since learnt that Noranda was in June last year granted Special Exclusive Prospecting Licence #578 that will expand the company's activities "westward through St Ann into Trelawny and the Cockpit Country, including 3,900 hectares or some 10,000 acres of Forest Reserves".

WRC boss Mike Schwartz said this should not be allowed to stand since, among other things, it is "in contradiction with the general statement of no mining in Cockpit Country and especially since the boundary [for the Cockpit Country] has not been finalised".

In addition to the potential deleterious effects on the Cockpit Country and farming, community stakeholders also harbour concerns over monuments and land rights.

"We don't want our churches and historic sites destroyed and we don't want our school, which has just been refurbished at a cost of more than $40,000,000, to be damaged," said Bishop Robert Clarke, founder and builder of the Gibraltar New Testament United Holiness Church of Christ, in the release.

"Bauxite mining gives us little or no job opportunities and has been done with no consideration for communities. They mine close to roads, leaving steep drops into deep pits, and reclamation is poor. I want to see proper reclamation demonstrated on existing pits before Noranda even starts discussing more mining," he added.

Noranda, meanwhile, has come out in its own defence while seeking to assuage the concerns.

"The Special Exclusive Prospecting Licence (SEPL) referred to only allows Noranda to explore (drilling and ground-penetrating radar) and such process has no environmental effects," the company said in an e-mailed response to Gleaner queries.

"Further, where land is privately owned, permission to explore has to be granted by the owner. It is also the practice that no exploration exercises take place in or around any historical monuments or sites," the entity added.

However, Schwartz insisted Tuesday that bauxite mining is a twilight

industry for which others should not be sacrificed.

"They are all making it seem - and it may be true - that they can't make ends meet in Jamaica. So it is a twilight industry and we think the Government should not be extending mining to the detriment of the people and the farming industry," Schwartz added.

News of the communities' action comes as government stakeholders move towards a consensus on a boundary for the Cockpit Country, which is responsible for some 40 per cent of the island's freshwater resources.