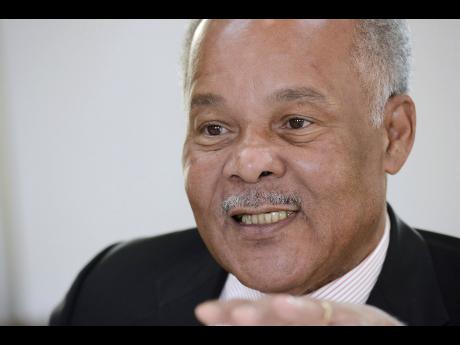 MORE THAN 50 years after the dissolution of the West Indies Federation, a regional political union that lasted from January 3, 1958 to May 31, 1962, insularity remains a major obstacle to achieving any real semblance of political or economic unity among Caribbean states.

This, according to Owen Arthur, former prime minister of Barbados, is true, notwithstanding the signing of the original Treaty of Chaguaramas on July 4, 1973, establishing the Caribbean Community (CARICOM) as a regional bloc, and which was followed by the CARICOM Single Market and Economy.

"The Caribbean has paid a tremendous price for insular nationalism, and the difficulty in bringing the Caribbean together in a single market and a single economy is that (upon being) granted independence, all of us have become either Barbadians or Jamaicans or whatever else," Arthur told a Gleaner Editors' Forum yesterday. "On the fundamental matters where we have to give up sovereignty to pool it in support of a bigger common good, there is the greatest unwillingness to do

so, and in the case of the currency, there is a vanity about it in some respects."

Arthur spoke about the failed attempts to agree on basic things as a common currency such as exists among members of the Organization of Eastern Caribbean States as one of the hindrances to achieving any real economic gains at the regional level.

He told the forum: "It took Europe from 1957 to 1992 to create the single market. Doing the same thing, it took us from 1989 to 2006, but, believe me, it involved a lot of heavy lifting to move from where it was originally to where you could have a single market. Having created the single market, then the reason was to move to single economy because a market is only a place where goods and services are sold, and in 2007, we met in Barbados and laid out a road map to move from the market to an economy - a virtual economy really."

However, to date no real gains have been made in the area of regional integration despite the long-standing agreements on paper, according to the former Barbadian prime minister.

"Caribbean integration is an uphill process, and they have put it on pause and it has not come out of pause. It has stayed in paralysis, and that is reality," he insisted.

The expressed aim of the Federation was to create a political unit that would become independent from Britain as a single regional bloc.

The referendum called on September 19, 1961 to decide whether Jamaica should remain in or pull out of the Federation resulted in a resounding victory for the Alexander Bustamante-led Jamaica Labour Party with a 35,000-vote majority. The vote by Jamaica, the largest island in the English-speaking Caribbean, sounded the death knell for the short-lived political union and triggered a scathing response from Sir Grantley Adams of Barbados, who was upset that Britain had allowed Jamaica to have its way.