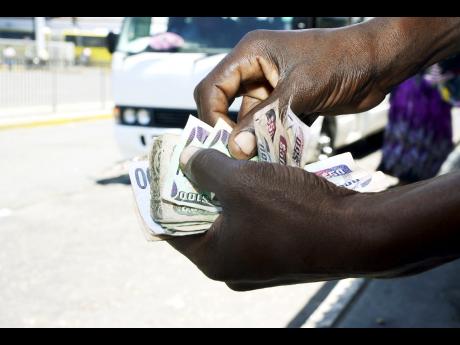 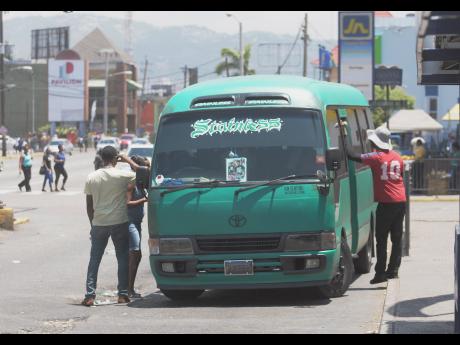 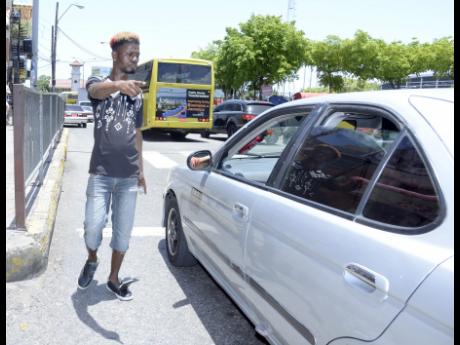 A loader man points commuters (not shown) toward a taxi.
1
2
3

At literally every bus park, taxi stand and transportation centre across Jamaica, groups of men can be seen ushering passengers into their preferred mode of travel.

"Mummy, wey yuh a guh, town? Come mummy, me have you seat right yah suh," one young man declared, as he grabbed the woman's bag, escorting her into the front seat of a taxi.

Popularly known as 'loader men', they have become so embedded in the culture of public transportation, that commuters have come to expect them as the norm at transport centres.

But who are these men? Depending on whom you ask, and where in Jamaica you are, there is mixed opinion to that question.

Some believe loader men are hardened criminals and extortionists, while others believe they are just unemployed men hustling to survive.

The Gleaner took to the popular Half-Way Tree transportation centre in St Andrew, to learn a bit more about loader men - their way of life, how they fit in with society, and to get their own views on the negative connotation with which they have been associated.

Tim* shared that the majority of loader men were raised in the streets from a young age and after long periods of unemployment, decided to use their street skills, turning to 'loading' vehicles as a means of survival.

Others claimed to have graduated from high school with their "subjects", but could not find any gainful employment.

"A nuff a wi graduate with subjects. Mi have subjects, (and) mi even have a skill, but mi nuh get no work, so mi haffi help mi self ... that's why mi deh yah suh," another loader man chimed in.

The men protested against being labelled criminal and extortionist, adamant that they were lawful citizens earning an honest living. In fact, they went as far as to claim that they were not heartless but kind and thoughtful.

On a good day, some said, they can earn up to $2,000 daily, allowing them to take care of their families. However, many conceded that one can make much more if one was extremely dedicated to the trade.

The men denied using any form of violence, force or intimidation towards conductors for payment for their services.

"Wi nuh bad up nuh 'ducta, but sometimes wi get inna argument and things kinda get out a hand, so we look bad deh so. But 'ducta dem know wi, (and) dem understand wi, so if we and them inna problem, how wi a guh mek money?" one said.

"But you have to get aggressive sometimes because dem 'ducta yah wah move like you don't load them bus at times, suh people mistake this as intimidation," Tim* pointed out.

A conductor going by the street name Casty said, "Dem nuh bad yuh up fi money. Mi always pay dem, $300 fi each load. People just mistake the disagreements between us as a form of intimidation."

Two police officers at the transport centre refused to comment on the issue.

The men say as long as there is this high level of unemployment in Jamaica, the loader man trade will thrive.

"We nuh wah do this. If mi coulda find a good job mi gaan. As a matter of fact, none a wi woulda deh yah," Tim* shared.