Respect the National Flag and Anthem 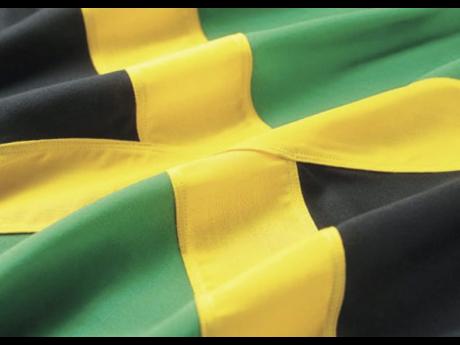 AS EMANCIPATION and Independence celebrations get underway, citizens are being reminded to adhere to the guidelines and rules governing the national flag and anthem.

Among the guidelines is that the Jamaican flag should never be allowed to touch the ground or floor.

It should not be flown or used for decorative purposes on anything that is for temporary use, and is likely to be discarded, except on state occasions.

Additionally, the flag should never be smaller than any other flag flown at the same time and should never be draped over vehicles, except on military, police and state occasions.

The correct colours of the flag is also a matter of importance. The colours of the Jamaican flag are black, green and gold. Often flags with the incorrect shade of gold or green are imported into the island and are used during functions.

"Basically, it is not representative of the flag of Jamaica," said Executive Director (Acting) and Legal Counsel of the Jamaica Intellectual Property Office (JIPO), Lilyclaire Bellamy.

For additional guidelines on the proper use of the Jamaican flag persons may visit: http://jis.gov.jm/symbols/jamaica-national-flag/

There are also guidelines on how the national anthem should be used at events, and how persons should respond when they hear it being sung or played.

Among the guidelines is that all persons should stand at attention (i.e., heels together) at the playing of the National Anthem and men should remove their hats. The first verse of the National Anthem should be played or sung as specifically designated on the arrival of the Governor-General or the Prime Minister.

Additionally, singing of the National Anthem should form part of the ceremony of raising and lowering of the flag at the beginning and end of term in schools and at Independence celebrations.