Reparations not on front burner for Britain 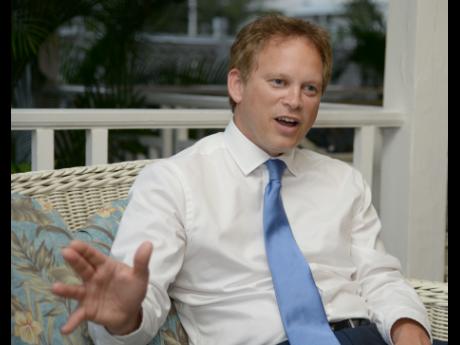 With the reparations movement gathering steam, Britain is indicating that it is now seeking a modern relationship with countries in the region like Jamaica and has stopped short of brushing aside the calls for payment associated with the ills of slavery.

Grant Shapps, Britain's parliamentary member who has been assigned ministerial portfolio responsibility for the Caribbean in the new David Cameron Government, told The Gleaner last week that his country is keen on finding ways to improve health, education, and administration of the prison system, among other areas, as part of building on the relationship it currently has within the region.

"That's where we would like the relationship to go," said Shapps.

"People are talking about things like reparations, but this is the area in which we are keen to help," he added.

CARICOM has been credited with re-energising the global reparations movement following the unanimous decision by its leaders to demand reparations from former European colonial and slave-trading powers.

Jamaica has been the most forthright among Caribbean nations in demanding reparations when Parliament voted unanimously last January to seek payment from Great Britain and to take the case of genocide to the International Court of Justice.

The National Commission on Reparations (NCR) has said that Jamaica would be due at least £2.3 trillion (approximately J$416.3 trillion) from any slavery reparations paid by Britain to the region.

Jamaica was a British colony from 1655 until 1962, when it became independent. But while the country has gained political independence, many have been pushing for Britain to pay reparations to Jamaica and other countries in the region for its role in slavery, which built its empire.

During an interview with The Gleaner last week, Shapps attempted to steer clear of the reparations subject even as he conceded that the United Kingdom has taken Jamaica and the Caribbean region for granted and promising that all would change.

"I think that we have been somewhat guilty, not because we didn't believe that the Caribbean or Jamaica mattered, but because we took the relationship for granted," Shapps said.

He added: "I think the best way to have a modern relationship is to look to the future, and that is what we intended to do."

"I am here because the UK government believes that as a result of the historic links, it is an area on which we should be far more focused," Shapps said.

Shapp suggested that the danger with historic relationships that run very deep is that they can easily be taken for granted.

"It is safe to say that we have done a bit of that, and you are going to see a renewed emphasis from the United Kingdom and the British Government," he said.