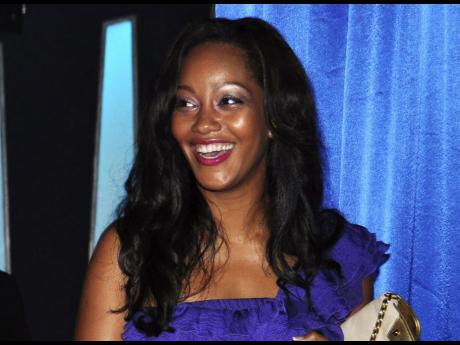 Violet Lewis, the wife of former world heavyweight boxing champion Lennox Lewis, is being considered by the People's National Party (PNP) as a replacement for Dr D.K. Duncan as its candidate in Eastern Hanover.

Duncan recently resigned as chairman for Eastern Hanover, a position which has since been assumed by councillor for the Chester Castle Division and Lucea Mayor Wynter McIntosh.

Green was one of the attorneys for the PNP in the Manatt, Phelps & Phillips commission of enquiry.

A former general secretary of the PNP, Duncan served as East Central St Andrew MP from 1976 to 1983. He moved to Eastern Hanover ahead of the 2007 general election, which he won by 10 votes following a magisterial recount.

Duncan defeated the Jamaica Labour Party's (JLP's) Paula Kerr Jarrett in the 2011 general election by a margin of 264 votes. Kerr Jarrett has since resigned, making way for Dave Brown to represent the JLP.

Attempts to reach the veteran politician yesterday to find out if he was about to quit representational politics proved unsuccessful.

Duncan's decision to step down follows his announcement that he would not contest the chair-manship of the PNP's Region 6.

Ian Hayles, who had been his deputy since 2008, had launched a campaign for the post, and Duncan said that move ran counter to the norms and culture of the region.

Hayles has since been elected regional chairman.

In the meantime, two turncoat politicians, Joan Gordon Webley and Noel Donaldson, are said to be shoo-ins for seats in St James.

Donaldson, who left the PNP for the JLP, is on his way back to the PNP and is said to be the standard-bearer for East Central St James. That seat is represented by the JLP's Edmund Bartlett.

Bartlett, who has been the MP since 2002, won the seat by 174 votes, holding off the PNP's Cedric Stewart.

Donaldson ran on the JLP's ticket for Parliament in 2007 but was beaten by Derrick Kellier in South St James.