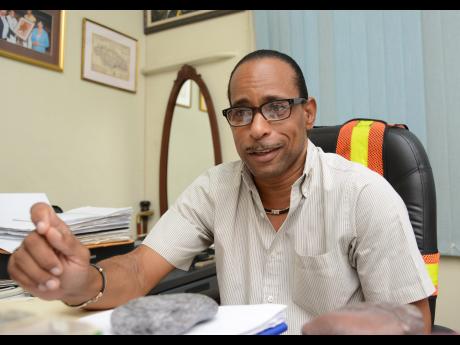 Overcrowding and squalid conditions in police lock-ups in Jamaica, which were described as a "looming catastrophe" in 2013 by the Police Civilian Oversight Authority (PCOA), today remain a threat to the safety of police personnel as well as persons in custody.

Kenneth Shaw, justice of the peace and deputy chairman of the Prison and Lock-up Visiting Committee for St Andrew, told The Gleaner yesterday that overcrowding was still a significant issue in police lock-ups in the parish.

Citing the Hunts Bay and Half-Way Tree lock-ups, Shaw said these facilities have been plagued by overcrowding "most of the times".

He argued that in some jurisdictions, overcrowding is not tolerated in lock-ups by the authorities as prisoners use this as an opportunity to carry out acts of hostage-taking against warders and police personnel.

Shaw indicated that while hostage-taking is not prevalent in Jamaica's penal system, the authorities should take steps to address the issue of overcrowding in lock-ups.

He said that the Half-Way Tree lock-up has 18 cells and was built to accommodate 90 prisoners. However, a visit to the lock-up, before its temporary closure in September, revealed that the facility had in excess of 130 prisoners.

According to Shaw, several reports were submitted to the Ministry of Justice on the conditions at the Half-Way Tree lock-up, which was overrun by rodents and insects.

A threat by the Public Health Department to shut down the Half-Way Tree lock-up after some prisoners fell ill recently led to a seeming pre-emptive move by the Police High Command to temporarily lock down the facility. Currently, refurbishing is taking place at the facility.

Shaw, who is also a lay magistrate, said the overcrowding at lock-ups in St Andrew could be alleviated by the Horizon Remand Centre but argued that there is need for more trained personnel to work at the facility.

"Horizon has the space but doesn't have the personnel to man it," he added.

However, Shaw told The Gleaner that he has seen gradual improvement in the conditions at lock-ups in St Andrew, owing to a partnership between the lay magistrates, the police, and the Ministry of National Security.

In a 2013 study by the PCOA titled Understanding the Causes and Effects of Overcrowding in Police Lock-ups in Jamaica, the oversight body reported that chronic overcrowding occurred at some 10 to 14 lock-ups in the country.

The PCOA inspection teams found that persons in lock-ups could be divided into five categories: persons who were remanded by the courts; persons offered bail but unable to take up bail; convicted persons; persons awaiting their first court appearance and detainees.

According to the study, which was obtained by The Gleaner through Access to Information, persons offered bail, persons remanded by the court, and convicted persons were the three largest groups contributing significantly to overcrowding.

When all are combined, these categories of persons represented between 91 per cent and 325 per cent of the gazetted capacity of the 11 lock-ups inspected by the PCOA.

Based on the data, the removal of the three largest categories of persons in lock-ups, which is allowable within the provisions of existing law, would create a lock-up population that is more manageable.

However, the PCOA redacted five pages of the report, contending that that section of the document could not be revealed as it would "compromise the security of lock-ups and reveal information that could aid prisoners "escape".

The PCOA, among other things, monitors the standard of performance of the police force to ensure that internationally accepted standards of policing are maintained.