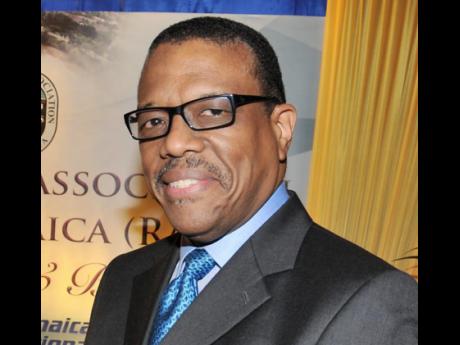 President of the Realtors Association of Jamaica, Edwin Wint, has declared that the decision by the Government to increase the loan ceiling and lower the interest rate for National Housing Trust (NHT) contributors is very good news for low and middle-income Jamaicans.

New borrowers to the NHT can now benefit from a 22 per cent increase in the loan ceiling, which the Government said is aimed at narrowing the affordability gap for contributors.

"What it means now is that a couple would now be able to qualify for $11 million with a lower serving cost. That is a very strong signal to send to the market," Wint said.

"For the average potential new homeowner - the young professionals, for example - it automatically puts them in a better position ... to get on the home-ownership ladder," he said.

The increase in the loan ceiling, which took effect November 1, was announced by Information Minister Sandrea Falconer during yesterday's Jamaica House press briefing, and comes as the country prepares for a possible early general election.

New beneficiaries earning up to $7,500 weekly will now enjoy home loans at zero per cent interest, while at the upper end, persons earning more than $20,000 weekly will repay loans at a rate of six per cent.

The NHT said the applicants to benefit from the increased loan limit are those who are buying properties in new housing developments, as well as those constructing new housing units.

Falconer said the decision to increase the loan ceiling and the lowering of interest rates by one per cent, applicable for all categories of new borrowers, is not an election ploy of the Government but is being done out of a recognition that the current level of funding is insufficient to help people achieve the dream of home ownership.

The last time the NHT increased the loan ceiling was in May 2010. Then, the maximum limit was increased to $4.5 million, up from $3.5 million. Interest rates were also reduced by one per cent for all new and existing mortgagors.

Falconer yesterday said there has been a 41 per cent increase in housing prices over the five-year period between 2010 and 2015.

"We have had these increases in the cost of building (and) in the cost of acquiring homes. It is not viable for persons who want to access loans from the NHT, and hence, the reason to increase by $1 million," the minister said.

Falconer said the new policy is unlikely to negatively impact the Trust.

"I would imagine that the NHT board and their actuaries would have done their work and it won't affect the viability of the NHT. In terms of those who will pay zero per cent, it is not a big number. I think it is going to cost about $21 million per annum," she said.

Opposition Member of Parliament Ed Bartlett, who chairs Parliament's Public Administration and Appropriations Committee (PAAC), said the new policy is "a positive", but said that it raises many questions especially because "that was not part of their business plan when they came to us".

"We have to make sure that it is not an election ploy, and that the health of the NHT does, in fact, allow it to happen. The timing of that announcement raises serious questions."

Bartlett told The Gleaner that the PAAC would now have to summon the NHT to Parliament to get answers.

"When they came to us, we did not detect that they were in a position to make such a generous offer ... that will have cost implications," Bartlett said.

One year ago, Prime Minister Portia Simpson Miller said she would have forwarded to the NHT's board a proposal from Audley Shaw, Opposition spokesman on finance and planning, for a $1 million increase in the limit on mortgage loans from the Trust.

"The last time the NHT carried out an assessment of the loan limit was about five or six years ago ... . Would the prime minister not consider it, because of the increase in building costs of some 40 per cent since the last increase in the ceiling?" Shaw asked, while suggesting that the ceiling be lifted to between $5.5 million and $6 million.

"That's a very good recommendation and I certainly will put it to the NHT for consideration," the prime minister had responded.

The NHT has said it plans to spend $22.3 billion on housing activities by March 31, 2016. It said the spending would result in the creation of approximately 6,000 mortgages and will include the commencement of 2,376 housing solutions and the completion of 1,686.

The NHT has committed $51.6 billion of contributors' funds to provide budgetary support to Government.

The NHT Act was amended in 2005 and 2013, to facilitate the payment of $5 billion of contributors' funds to the Education Transformation Programme and $45.6 billion into the Consolidated Fund over a four-year period, 2013 to 2016. In addition, the NHT has committed $1 billion to the Ministry of Finance, representing special distribution payment in keeping with the Public Bodies Management and Accountability Act.