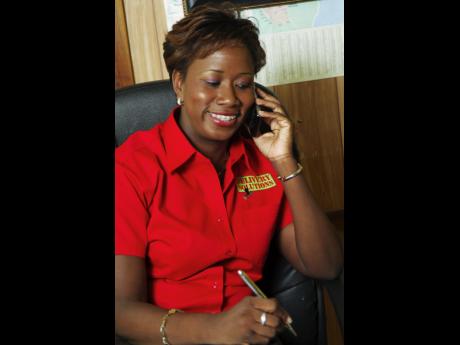 Marsha Smikle in happier times in Kingston. Now, she is stuck in Paris, France, wishing to get out as fast as possible. 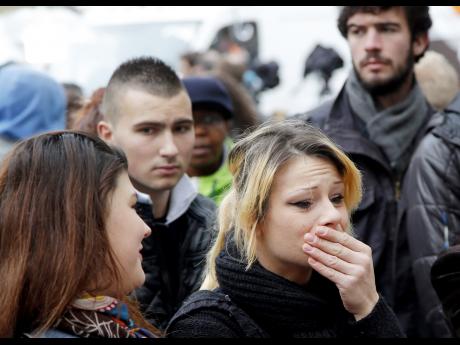 AP
A woman breaks down outside the Bataclan theatre in Paris yesterday after last Friday's deadly terrorist attacks.
1
2

Marsha Smikle says while she was not in any immediate danger at the time of the attack, she had dinner three minutes away from one of the sites where the terrorists struck and was heading back to her hotel about 15 minutes away when she heard the breaking news.

Now, Smikle is trying to head home long before Wednesday, when she was scheduled to leave Paris.

"I had another leg of my trip, where I was supposed to go to Germany, but I have cancelled that leg, and I want to head home at soonest," Smikle told The Sunday Gleaner from her hotel room yesterday.

"Persons I have met in the hotel, who are trying to get out and to leave earlier than their scheduled flights, have not got any confirmation from their airlines as yet. I have not tried.

"I am supposed to leave on Wednesday and I wish to leave tomorrow, so I have sent my information to Jamaica to have my sister call American Airlines to see if that is possible," said Smikle, who operates the courier service Delivery Solutions.

"It is very sad and heartbreaking, but I am okay. Everybody is a little nervous, because nobody knows when the terrorists will strike again," she said.

"It is very quiet. Even when I stepped outside the hotel a short while ago, there was hardly anybody on the streets," said Smikle as she explained that she does not feel comfortable to stay in Paris too long.

In the meantime, French ambassador to Jamaica, Jean-Michel Despax, says there is no indication yet that any Jamaican is numbered among the victims of the attacks, the deadliest to hit the French capital since World War II.

"Jamaica joins all civilised, peace-loving peoples around the world in condemning the heartless and barbaric terrorist attacks perpetrated on the night of November 13, 2015 against the nation and people of France," said Simpson Miller.

"We reiterate our utter condemnation of terrorism in all its forms and manifestations and renew our commitment to fighting this scourge in cooperation with the international community and in defence of the universal values of life, liberty and peace for which Jamaica stands as a nation," added Simpson Miller.

For his part, Nicholson said his ministry has not had any reports so far that there were Jamaican nationals among the many victims of "this heinous deed".

He said the foreign affairs ministry will continue to monitor the situation closely and, "I have personally called Jean-Michel Despax, ambassador of France in Jamaica, to convey the sincere condolences of the Government and people of Jamaica and to express our solidarity with the government and people of France as they come to terms with the horrific tragedy and take steps to confront it."

Bartlett, speaking on behalf of the opposition Jamaica Labour Party, said: "Indeed, Friday's horrific attacks on unarmed civilians across the French capital is to be seen as an attack on the values and ideals we hold dear as Jamaicans."

Efforts to contact two other Jamaicans in Paris were unsuccessful up to press time.