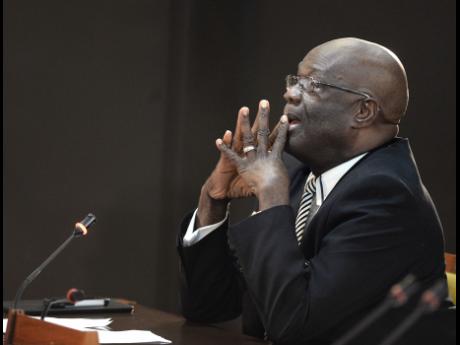 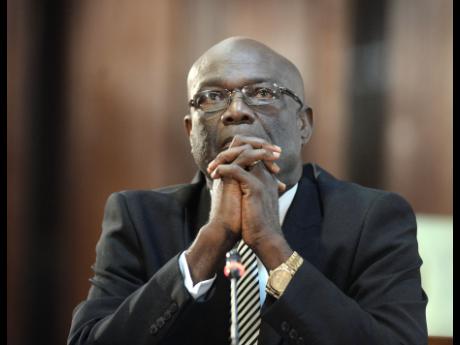 FORMER POLITICAL Ombudsman Bishop Herro Blair has suggested that future administrations must commit to disconnect government and party resources from area dons as a first step towards diminishing their power and influence.

Blair's suggestion came yesterday as he recounted seeing more than 50 men, armed mainly with handguns, inside Tivoli Gardens as he drove through the community for the first of two meetings with drug kingpin Christopher 'Dudus' Coke six days before the launch of the May 2010 operations.

"For a don to get a contract to offer security for a government contract anywhere in this society, and that has to be included in the contractual arrangement, is a blight on the political process in Jamaica," Blair declared.

He was testifying before the West Kingston Commission of Enquiry as he sought to illustrate how dons had evolved from past decades, when they depended on politicians as their only source of income, to the current practice of generating income through various activities.

To illustrate his point, Blair, who is also the former chairman of the Peace Management Initiative (PMI), pointed to what he described as the period after the country began to see an increase in the importation of illegal drugs and guns.

"And as a result of the lack of ability to control them, those monsters have now been creating havoc on the society," the popular pastor continued.

Blair made it clear that he was not seeking to demonise Tivoli Gardens but cautioned that going after Coke was not a panacea. "There has to be something else done in the society to create a new and better Jamaica," he insisted.

"Bishop, you would agree that the political leadership on both sides must commit to fully disconnect government resources and party resources from the dons as a first step?" Gordon questioned.

"One hundred per cent," the popular pastor replied.

Blair told the commission that after getting approval from then Prime Minister Bruce Golding and then Opposition Spokesman on National Security Dr Peter Phillips, he telephoned "someone" in Tivoli Gardens to make contact with Coke as part of the efforts to de-escalate mounting tensions over the drug kingpin's impending extradition.

In less than two hours, Blair said he and his police bodyguard were on their way to the west Kingston community to meet with Coke under an escort provided by his contact. Along the way, he recalled seeing "maybe 50 or more" men armed with guns.

He said he was taken to an office where he waited for some time before Coke finally appeared.

"When he appeared, he seemed to be very calm, cool, calculated. I could not express what I expressed to my wife before I left, but the level of fear that was in me going in was eliminated when he appeared," he revealed.

Blair said that during the two-hour meeting, he impressed upon Coke the importance of surrendering to the police on an extradition warrant from the United States.

However, he said Coke expressed fears that he would not get a "free" trial. In addition, he said that the former Tivoli Gardens strongman indicated that his attorneys had filed a motion in court and that he would await the outcome of that process.

The popular pastor said three days later, then Police Commissioner Owen Ellington requested that he meet with Coke again, this time to inform him that he could surrender to Jamaican or US authorities by waiving his right to an extradition hearing.

"That came with, I recall, a promise that if he waived his right to [an] extradition [hearing], he would have been given a lesser sentence, and I remember that it would have been somewhere in the region of five years," he said of Ellington's message to the convicted drug kingpin.

However, Blair said Coke said that "this could be a catch".

"Because he may well waive his rights, go to the United States and they would release him of the charges and, stepping out of the courthouse, he could have been re-arrested and charged with something else that could give him a life sentence," he recalled.

Blair said Coke was also fearful of suffering the same fate as his father, Lester Lloyd Coke, who died in a fire at the General Penitentiary.

Cops reach out to clergy - Commissioner urges Church to continue crime-fighting efforts despite Al Miller imbroglio
Beware - Blair warns pastors to rethink actions; Miller's flock was prepared to listen to him preach from behind bars