Holness' wife to run for parliament 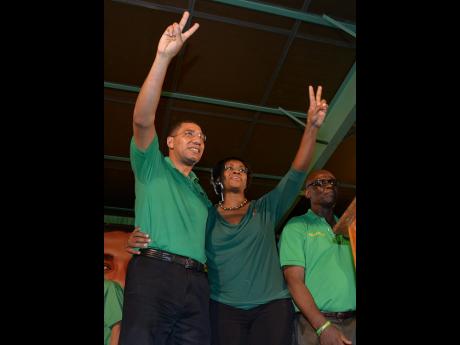 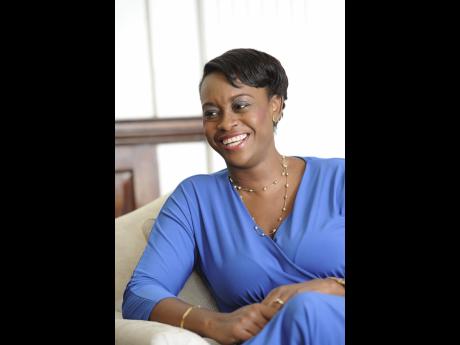 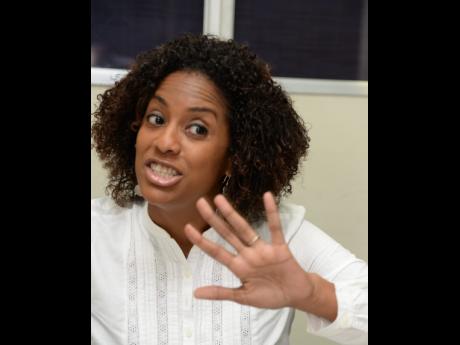 Juliet Holness, the wife of Opposition Leader Andrew Holness, is being considered by the Jamaica Labour Party (JLP) as its parliamentary candidate for the East Rural St Andrew constituency.

Dr Horace Chang, the party's general secretary, said yesterday that the selection committee of the party will decide whether to accept her application.

"I expect her application. I haven't got it yet. She has told me of her interest," Chang said.

Juliet Holness, a businesswoman, is set to replace Senator Alexander Williams as the JLP's standard-bearer.

"She was working in the seat with Mr Williams, and so, if he goes, she is one of the chief professionals working in there. People would look to her," Chang said.

Juliet Holness yesterday sent her application to the party's secretariat and is said to be the lone applicant for the position of caretaker.

The entry of Juliet Holness sets the stage for a clash with Imani Duncan Price, who has been chosen to carry the People's National Party (PNP) flag in the constituency.

In February, Williams was announced as the JLP's caretaker for the constituency, but he has since withdrawn after he failed to gain traction among potential voters.

"No reason has been given for Williams' bolting from the race, so we can only assume that he has simply been scared away by the on-the-ground brilliance of the young PNP candidate," Delano Franklyn, a PNP spokesperson, said.

She was senior manager at Pricewater-houseCoopers, a chartered accountant with the Association of Chartered Accountants, and has since gone into real-estate development.

Yesterday, Chang said that Juliet Holness and Duncan Price are two capable ladies, and that their presence makes for an interesting race.

"Imani is from a strong political family ... . It is two well-known, recognisable ladies in competition, so let us see how it runs out," Chang said.

"It is a marginal seat - a seat that we would like to win and we need to win, and we will make the effort to win it," the JLP general secretary said.

There are 36,655 registered voters in East Rural St Andrew, up from the 32,864 who were eligible to vote in the last election.

"Anybody who they send, it does not matter. The people are going to be voting not only for the candidate but also for giving the PNP a second term," Duncan Price, daughter of political veteran D.K. Duncan, told The Gleaner last night.

"Whether they send Alex or Juliet or anybody else, we have our work to do. We are uniting our Comrades, and we have good energy among the uncommitted people who are coming across, and so, I am focused there," the PNP caretaker said.