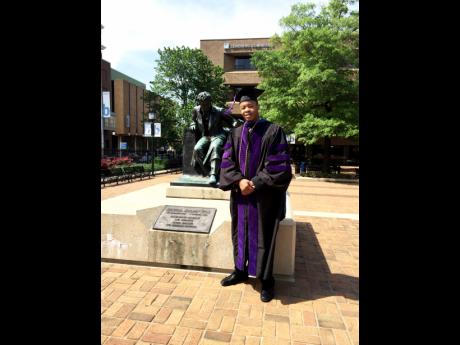 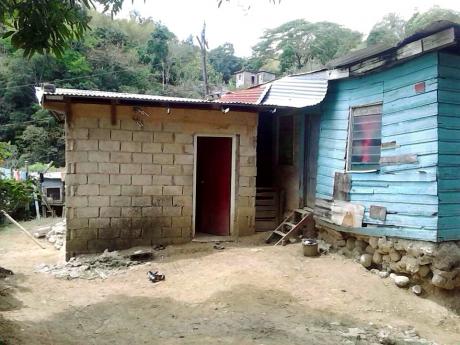 Contributed
This is the three-bedroom house, located at Watercrest district in Clarendon, that Jermaine called home as a child.
1
2

To receive the faculty award for most outstanding student at the University of Baltimore School of Law in the United States is no easy task.

However, Jamaica-born Jermaine 'Ryan' Haughton was successful in accomplishing this feat at his graduation ceremony, held recently.

The 24-year-old, who will be sworn in later this month, disclosed that it was the numerous struggles he encountered as a child, while growing up in Watercrest district, Clarendon, that propelled him to aspire to greatness.

"We were very poor. Out of each week, we would have dinner four days maximum. If we had dinner five days, that was a good week," he recalled.

"The house was on a hill, so when we were walking home from school, if we didn't see any smoke coming from the kitchen, we know wi nah eat no dinna (dinner) da night deh," he said with a burst of laughter.

"I remember when I was going to school, my two uncles and I shared one bag. All of us placed our books in the bag, and when we got to school, we would take our books and go to class," Haughton told The Gleaner.

These circumstances would only serve as a platform for Haughton, however, as he was not prepared to give up.

He said he was always top of his class while attending primary school, a path he continued during his high school years before migrating to the United States in 2005.

"I have to give credit to my grandmother because even though we didn't have much, she still made sure that we bonded as a family. Many nights you would find us on the outside making jokes and still giving thanks despite the fact that we were hungry," he recounted.

"I always knew that I would be the one to make a change. Many times I would be eating and I would just stop and start daydreaming, thinking of how I would lift my family out of poverty, even at the tender age of eight. It was then I knew that education was the only way out," he declared.