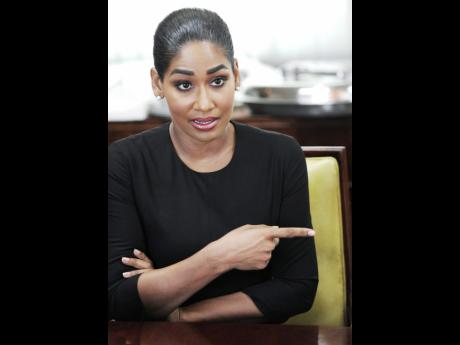 Youth and Culture Minister Lisa Hanna has indicated that the Child Development Agency (CDA) gave her misleading information that the manager of the Sunshine Child Care Facility, Vivilyn Morgan, had failed in her attempt to get an extension from the court to remain on the premises in the wake of a notice to quit.

"I was informed that the lady (Morgan) had got an eviction notice and her request for an extension was denied and so, therefore, the CDA felt that it was necessary to go in and remove the children on the basis that they did not want the children to be out on the street."

Speaking yesterday at the Jamaica House media briefing, Hanna said she had received correspondence from the CDA twice, which stated that Morgan's application for an extension of time was denied by the court.

The CDA had also stated in its correspondence, both to the minister and the children's advocate, that Morgan had gone to court on February 16.

However, Children's Advocate Diahann Gordon Harrison dismissed the account given by the CDA, in her report on investigation into the conduct of the CDA when it removed wards from the Sunshine facility in Spanish Town, St Catherine, on February 24.

In a bid to bring clarity, the children's advocate checked with the relevant court, which confirmed Morgan's account that at no time was the matter raised on February 16, and as such, there was no refusal by the court of any application by the facility manager.

The court also confirmed to the Office of the Children's Advocate that Morgan was given an extension to stay at the premises until May 16, 2015.

The removal of the children from the Sunshine Child Care Facility is now the subject of a disciplinary hearing to be held later this month.