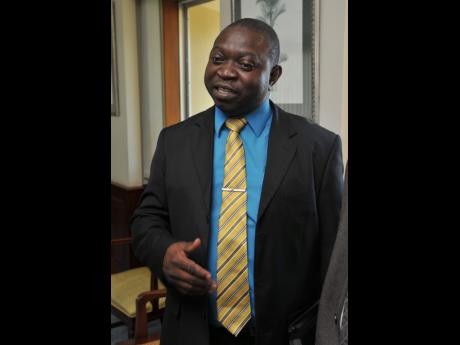 President of the Jamaica Teachers' Association Norman Allen has labelled as "irresponsible" suggestions from the Ministry of Education that corporal punishment be prohibited in schools.

Allen was speaking in the wake of news that a teacher at St Richard's Primary School was on Monday charged with assault occasioning bodily harm after it was alleged that she hit a male student with a ruler, resulting in a shoulder injury.

Speaking with The Gleaner, Allen argued that the ministry should provide more guidance on how teachers should discipline students.

"The ministry recognises that they don't want corporal punishment to be ... used in schools, but because of the growing levels of indiscipline in schools ... the schools are becoming more violent than they initially were, then it is your responsibility as Government and as the ministry to say to schools how they can cope with these levels of indiscipline," Allen said.

According to Allen, prohibiting corporal punishment compounds the problem of discipline in schools.

"We are also very irresponsible as a nation ... when we continuously say in the media that children must not be flogged. We are sending the wrong messages to our children, and we are being as a nation very, very irresponsible and causing the situation to worsen because when a child will look at a teacher and say, 'You can't beat me' ... the indiscipline continues, and what do you now say to the teacher, 'We must go and find a way to fix it'? That in itself is wrong," he added.

In the meantime, Everton Hannam, president of the National Parent Teachers' Association of Jamaica, said his association was concerned about continued reports regarding the use of corporal punishment in schools.

"The national PTA is expressing concern about the continued reports of incidents of this nature ... while the views of our parents are wide and varied as it relates to the administering of flogging in schools, there has to be some continued discussion as to how discipline is administered," he said.

While acknowledging the case involving the St Richard's Primary teacher, who has been charged, Hannam made a call for stakeholders to sit and discuss alternatives to "abusive" forms of punishment.

United Nations Children's Fund (UNICEF) Deputy Representative Lone Hvass said there are several alternatives to corporal punishment and more needs to be done to educate teachers in this regard.

"There are many alternatives to violence. Violence should never ever be considered, and the fact that a young boy has gone to hospital is evidence that something very untoward has happened, and there are always alternatives," Hvass said.

"Even the minister of education is pioneering this schoolwide positive-intervention project, where it is all about positive reinforcement and an entirely different approach to the spear-the-rod-and-spoil-the-child mentality," she said.

Education Minister Ronald Thwaites has urged teachers to inform parents about any behavioural issues that arise with children throughout the day and has asked that teachers leave the physical disciplining to parents.