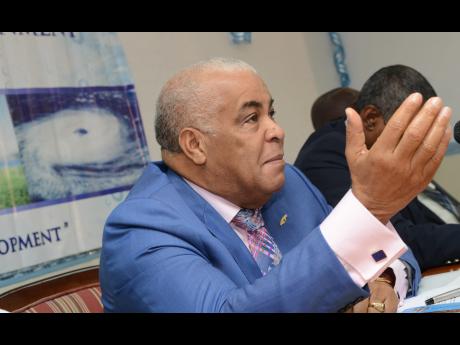 COME NEXT year, it is expected that Jamaicans will see increased rainfall levels as the El NiÒo is projected to weaken.

Earlier this year, Jamaicans experienced the effects of what has been described as the worst drought in five years. This was compounded by the strengthening of the El NiÒo phenomenon. In addition, projections from experts reveal that the country should not expect any significant relief anytime soon.

However, Jeffery Spooner, director of the Meteorological Service of Jamaica, indicated that the country has been receiving an appreciable amount of rainfall in recent times and future predictions signal improved conditions for the upcoming year.

The parishes of St Mary and Clarendon, however, were still in the red.

"We can now say the island is out of drought, but we have two parishes, where, at the end of November, were still experiencing drought conditions," he told The Gleaner following a press conference that was held at the Ministry of Water, Land, Environment and Climate Change to update journalists on the outcomes of the Conference of the Parties held recently in Paris.

El NiÒo is the warm phase of the El NiÒo Southern Oscillation (ENSO) and is associated with a band of warm ocean water that develops in the central and east-central equatorial Pacific, including off the Pacific coast of South America.