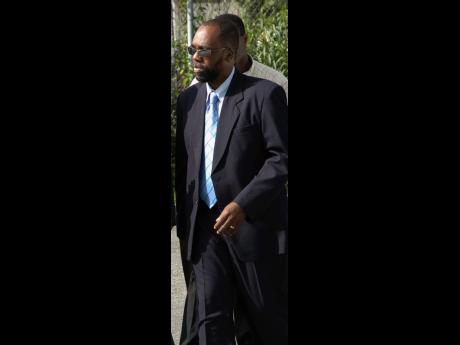 FAMILY MEMBERS were last night maintaining a vigil at the hospital bedside of former Spanish Town Mayor Dr Raymoth Notice, even as one lawmaker suggested that his shooting is a reminder that all Jamaicans are at the mercy of rampaging criminals.

“It tells you that every one of us, we are exposed to violence,” said Dr Andrew Wheatley, the member of parliament for St Catherine South Central and a friend of Notice’s.

“It doesn’t matter your station in life. It’s just a reality that these criminals out there don’t have any respect or any care at all,” Wheatley added, as he stood with a small group of persons who had gathered outside the Spanish Town Hospital, where the well-known medical practitioner was taken after the morning attack.

By late yesterday, the former mayor’s brother, the Reverend Dr Roy Notice, told The Gleaner that he was out of surgery and stable.

For security reasons, he declined to say where his brother was being treated, but said the family was “coping by God’s grace”.

He also had a word for the men responsible for the attack.

“The call is always the call to repentance and change and to seek to be law-abiding,” the clergyman said.

“The demand was not met and they proceeded to shoot him. From indications, it seems like robbery was the motive, but we are not ruling out any other circumstances,” said Nesbeth, noting that it was still early in the investigation.

But for Wheatley and Rev Notice, the attack on the councillor for the Bog Walk division in St Catherine underscores one “reality” in Jamaica.

“People don’t really appreciate the level of crime in this country until it comes close to you. That is the reality,” Wheatley said.

While agreeing with Wheatley, the respected clergyman said he had a “full appreciation” for the level of criminality in the society.

“I am a pastor in the Waltham [Park Road] area. It’s on my doorstep every day. So I have a full appreciation for the seriousness of it. I do understand, [and] I am not far removed from caring for members who go through this on a regular basis,” he said.

“But I also appreciate the fact that, for some persons, until it hits their family or someone they know, they don’t really appreciate this fully,” Rev Notice insisted.