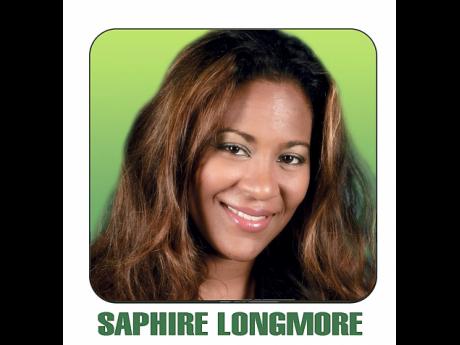 Dr Saphire Longmore is well aware that her entry into the People's National Party (PNP) power zone of North East St Elizabeth has the feel of a 'David vs Goliath' story, but she is quite confident that she is up to the task.

"It is seen as probably political madness and insanity for me to be taking up this responsibility," conceded the noted psychiatrist and University of the West Indies lecturer.

"It is a tall order as 4,038 votes is a big gap," asserted Longmore, who will be facing off against Evon Redman, who replaces incumbent Raymond Pryce as the People's National Party candidate in the constituency.

"But I know what my strengths are and I know what the people need and the response on the ground has been phenomenal."

The former beauty queen created a political name of sorts for herself when she entered politics on the Jamaica Labour Party (JLP) ticket at the 11th hour in the lead-up to the December 2011 polls.Speaking with The Gleaner on Tuesday, Longmore confirmed she was back in the fray, in another drama-filled constituency.

She has been endorsed by Rex Walker, the caretaker who has been forced out of representational politics prematurely, due to failing health.

Walker told The Gleaner that he has been advised by medical practitioners, locally and overseas, "that representational politics is not a good fit for his health at this time".

The difference between St Andrew Eastern and St Elizabeth North East is that the latter is deemed to be a PNP stronghold, but Longmore asserted she was not fazed by what appears to the "faint of heart" to be a daunting prospect.

"One of the reasons why it is seen as a stronghold so far is because independent-thinking persons have been disenchanted by the entire process," she said.

"I have been on the ground and I heard their sentiments."

Longmore suggested that changing attitudes have handed her the impetus to forge forward.

"They have seen a strong reason to venture out and what they are seeing is motivating them," she said.

Unlike 2011, when she was sent to quell a conflict involving supporters of the JLP that she represented, this time around, Longmore is headed to the battle-scarred St Elizabeth North East constituency divided by the constant clashes involving factions aligned to the rival PNP.

The emergence of independent prospective candidate Gary Slowly and Joseph Patterson of the United Independent Congress has not eased the troubles in the constituency.

Longmore told The Gleaner that she entered because constituents had reached out to her.

"People from both sides have felt neglected for quite a long time," she said.