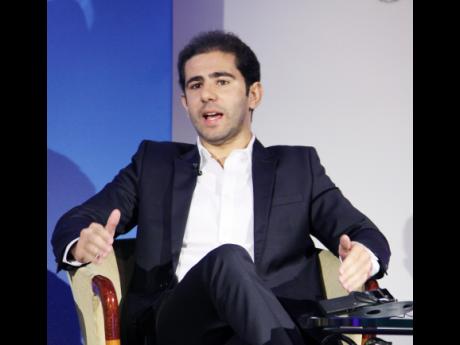 Although Jamaica has taken a lead on renewable energy in the Caribbean, a global expert says regional governments are lagging behind in bringing their energy infrastructure in line with modern times.

"The focus should be to revamp the region's energy infrastructure. As it is, it belongs in a museum," asserted Sherife AbdelMessih, chief executive officer of Future Energy Corporation, a leading company serving the renewable energy industry in the Middle East and North Africa (MENA) region.

"Jamaica has started its renewable energy journey, [but] there are many islands in the Caribbean that still refuse to get on the right path," added AbdelMessih.

Asked by The Gleaner whether regional governments were being proactive in crafting programmes on energy renewal, AbdelMessih said: "The Caribbean region is one of the few regions in the world that is still completely dependent on oil for power generation."

AbdelMessih contended that regional governments have mostly focused their attention on issues with shorter timelines because of the complexity of the energy infrastructure.

He suggested that regional governments have found it easier to maintain the status quo, although long-term costs are quite high.

"The region needs to modernise its energy infrastructure in order to achieve a resilient and more cost-competitive energy economy," he said.

He further grew the company's business into Europe, Latin America and Asia.

In partnership with the Guardsman Group, his company will today begin a two-day, invitation-only conference at The Jamaica Pegasus hotel in New Kingston, under the theme, 'The Future of Energy in the Caribbean'.

The conference, designed to present Jamaica as an energy leader, will bring together influential business and government leaders from the region, along with global experts from the energy and finance industries, to shape the regional energy agenda.

Another conference goal is to create a road map that will put Jamaica on the pathway to energy independence in order to reduce its reliance on imported oil, thereby saving millions.

Asked whether the region is focusing creatively on how energy can be produced with faster designs, AbdelMessih said Jamaica is doing better than most Caribbean countries.

"The government has launched multiple utility scale tenders for renewable-energy projects in order to diversify the fuel mix away from oil," he said.

Added AbdelMessih: "There is still a lot to be done to slash the energy costs on the island, but what has been done can be used as momentum to achieve even bigger and greater things."

He stressed that the path ahead must be forged by the private sector.

"I strongly believe that most transformational impact comes from the private sector, not the government," he said.

AbdelMessih noted that Jamaica spends more on oil imports every year than it has ever borrowed from the IMF.

He said technology exists to give every Jamaican household and company more than 50 per cent reduction on electricity rates.

Such technological innovation, he argued, such as solar energy, needs to be combined with financing solutions and public awareness for the challenges to be resolved.

"We are currently witnessing a global transformation in the energy industry," he said. "The industry as we know it will completely change within the next two decades, becoming much more decentralised."

Consumers, he said will become producers and renewable energy will form the core of the energy mix as a result of cost-competitive energy storage.

"When we transitioned from the Stone Age to the Bronze Age, we didn't do that because we ran out of stones or they became too expensive. We did so because we discovered something that has the potential to create a whole new order for society," he said. "This is also why we will shift from the fossil fuel age to the renewable age."