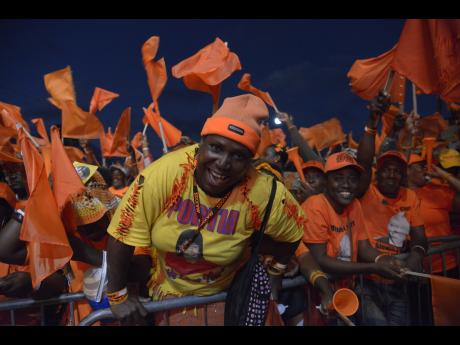 Senior Superintendent of Police Steve McGregor, the commanding officer for St James police division, says the police will be pulling out all the stops to ensure that this Sunday's People's National Party (PNP) mass meeting, which will be staged in the enclosed Montego Bay Stadium, is as safe as possible for all the persons who plan to attend.

"We are happy that the PNP has chosen to put it (the meeting) at a secure venue ... . We just finished a site visit with the soldiers and our team," McGregor told The Gleaner yesterday. "We will be putting in all the necessary security measures, we will sweep the area before, and we will have a searching facility at the gate."

McGregor said the police would be putting out a special advisory so that persons coming out to the meeting are properly guided as to what is acceptable.

"We will put out the advisory to people not to come with any weapons and so on; the parking facility will be policed by us; all the necessary security measures will be put in place to make it safe and for the people to come and do their political meeting," continued McGregor.

In the aftermath of the chaos that reigned at the recent Jamaica Labour Party (JLP) mass meeting at Sam Sharpe Square, where hoodlums from Flanker traded gunfire, resulting in the deaths of two alleged gangsters and a St Catherine bus driver, McGregor made a call for future political meetings in the parish to be staged in enclosed areas, which would allow for the proper vetting of attendees.

With the PNP answering the police's call to stage their mass rally in an enclosed setting, McGregor said that the police would be better able to keep attendees secure because of the absence of loopholes to access the stadium.

"We're happy that they are obeying and adhering to the recommendation given by us, that choosing a more secure venue will afford us a better opportunity to put proper security measures in place to ensure that patrons are safe," said McGregor. "That location is suitable from our inspections and assessments to house a meeting with that sort of crowd."

On account of the violence in Flanker, both the JLP and the PNP have agreed not to stage any motorcades or mass meetings in that community. Additionally, at the request of the police, two polling stations have been shifted from a volatile section of the community to a more secure location.