The PNP was swimming naked 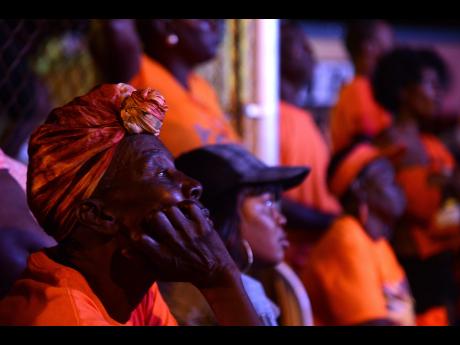 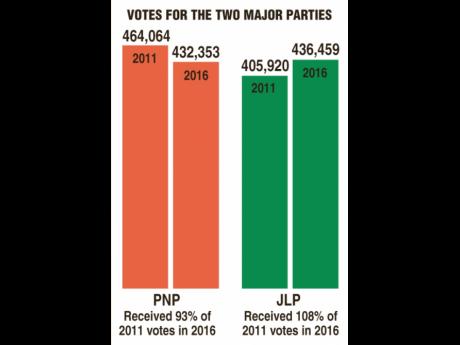 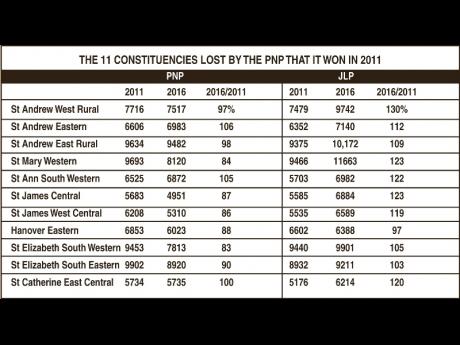 (Days after the February 25 general election, veteran pollster Bill Johnson did a snap analysis of the outcome which is provided below.)

"Only when the tide goes out do you know who's been swimming naked." -- Warren Buffett

Jamaica being Jamaica, for the foreseeable future, we're probably going to be arguing over whether the People's National Party (PNP) lost the recent election or if the Jamaica Labour Party (JLP) won it.

And if the PNP lost it, was this because of macro factors such as perceptions of its performance or its election strategy, or was it the result of the weaknesses of certain individual Members of Parliament.

The following snap analysis is meant to stimulate discussion and is based on the table below.

(Note: Numbers for 2016 are preliminary and not final at this point).

Votes for the Two Major Parties *The overall PNP vote was seven per cent less this year than it was in 2011.

The loss was larger than seven per cent in six of the 11 constituencies it lost and thus one could argue that, compared to their PNP peers, the following constituencies underperformed in this election (when the tide went out).

Similarly, the total JLP vote was eight per cent higher this year than in the last election.

It was less than this in two of the 11 constituencies it won from the PNP this year (when the tide went out).

This poor performance, compared to the national JLP average gain of 108%, means the PNP would have won these two seats (and thus retained control of the government by a 33 to 30 margin) if it had managed to get the same number of votes this year as it did in 2011.

Based on the fact that they outperformed the PNP national average, all other things being equal, it would be difficult to argue that the PNP losses in the following five constituencies can be blamed on the individual candidates and the campaigns they ran.

Rather, it appears to be at least partially based on the national political environment. (In other words, these candidates were fully clothed when the tide went out).

- Bill Johnson has been a successful pollster for more than 50 years. In addition to Jamaica, Johnson has recently conducted polls in Antigua and Barbuda, Barbados, The Bahamas, Bermuda, Cayman Islands, Grenada, St. Kitts and Nevis, St. Lucia, St. Vincent and the Grenadines, Trinidad and Tobago, Canada, United States and the United Kingdom.