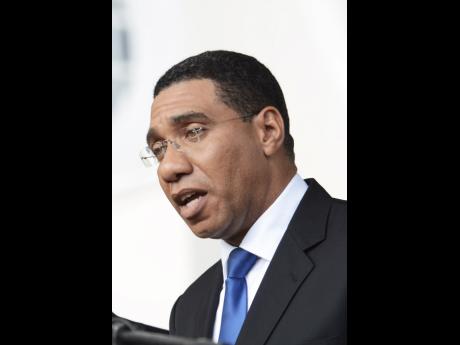 With the country continuing to grapple with the Zika virus (ZIKV) and H1N1 influenza virus, Prime Minister Andrew Holness has instructed government ministers to implement a multi-ministerial approach to tackle the issues.

Yesterday, Holness chaired an inter-ministerial meeting at Jamaica House that looked at ways to strengthen the coordination and continued implementation of responses to both threats to public health.

The Officer of the Prime Minister will lead the ministries that will form the coordinated approach, which include health, local government, and tourism.

Holness said the inter-ministerial approach is aimed at streamlining the Government's ZIKV and H1N1 response efforts in a more strategic, comprehensive, and systematic way.

This will include facilitating closer collaboration across key response agencies, and more strategic rationalisation and use of the resources available will significantly enhance the Government's efforts at controlling the vector that transmits the Zika virus and combating H1N1.

While having more resources available to facilitate the Government's response efforts is important, better coordination of the work of the respective response agencies and more strategic use of those resources is critical to realising the desired outcomes.

The prime minister took the opportunity to emphasise personal responsibility in the fight against ZIKV and H1N1, urging citizens to be vigilant and proactive by ensuring that items in and around their homes and communities that may serve as mosquito breeding sites are removed.

The Government will also be working with international partners and local stakeholders in addressing the issues.

So far, Jamaica has six confirmed cases of the mosquito-borne ZIKV, while the country has recorded 69 cases of H1N1 (influenza A), of which there have been seven deaths.

Portmore, St Catherine, has five of the ZIKV cases, while the other case was found in St Thomas.

The Government is to announce a detailed plan to deal with the issues.