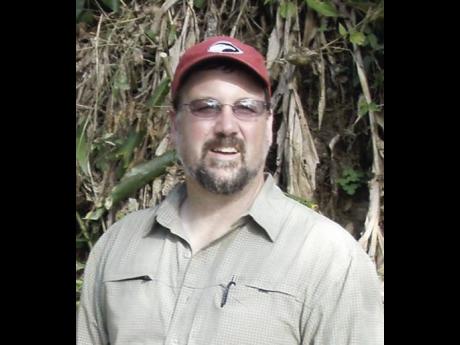 Contributed
Randy Hentzel, one of the two American missionaries killed in St Mary.

For 14 years, building houses and serving the medical needs of vulnerable Jamaicans were just two of the critical acts of service American Christian missionaries, 53-year-old Harold Nichols and 48-year-old Randy Hentzel, carried out before they were killed in the northeastern parish of St Mary on the weekend.

Police found the bodies of the men almost 24 hours apart in the Albion Mountain region.

Taking note of the incident last night, the United States Embassy in Kingston said it was hoping the local police will conduct a speedy investigation.

"We are saddened by the horrible deaths of the two American missionaries. They're not just visiting, but have been pillars of both communities for years," Joshua Polacheck, counsellor for public affairs at the embassy, told The Gleaner. "The ambassador has been in contact with the highest levels of the Jamaican security apparatus, and we are hoping for a speedy resolution to this matter and that the killers are found and brought to justice."

Nichols' body was found late Sunday afternoon during a search involving support from the Canine Division and residents. His colleague was found face down in bushes on Saturday with his hands bound to the back.

Dwight Powell, deputy superintendent of police and acting head of the St Mary Police, told The Gleaner that no motive had been determined.

"Marks of violence were seen (on Nichols' body) ... . These persons are missionaries and they would have been in Jamaica for over 14 years doing a lot of humanitarian work. They were assisting people with houses and with a regular medical team that comes down from abroad," he told The Gleaner.

"The kind of support that (Nichols and Hentzel) got from local residents, especially from Huddersfield [and] Mango Valley, was overwhelming. We had a search party and over 70 residents came out and assisted with the search. I was really heartened."

Trying to come to grips with her husband's murder, Teri Nichols said he had left on a motorcycle Saturday to examine the foundation for a house being built.

"He's building a house for a woman in a week. And he went to check to see if the foundation was finished and to check on the woman it was being built for. I believe Randy wanted to take care of somebody that was in his Bible college who was in dire need of a house. They were gonna go look at her situation yesterday (Saturday) morning," she told RJR News.

"They went and they just never came back."

Powell has issued an appeal to the public and, especially residents in Albion Mountain, for information to help in the investigation.

Nichols and Hentzel were part of the US-based TEAMS for Medical Missions and have been in Jamaica since 2002.