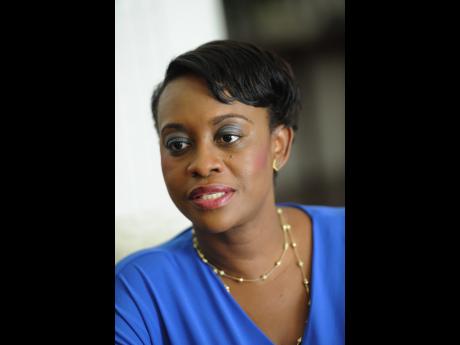 Member of Parliament Juliet Holness, the wife of Prime Minister Andrew Holness, is against the use of corporal punishment and wants the practice abolished from the Jamaican landscape.

The first-time parliamentarian, who described the act as misguided, not conducive to a modern society, and borderline abuse, made her position known while speaking at the recent launch of the Ellen Pearl Outreach Children's Charity.

"In my understanding, the rod must not be used as an instrument of abuse and violence," said Holness, who admitted to being exposed to spanking as a child but has chosen not to use it against her children.

"The phrase 'spare the rod and spoil the child' has been an often-misquoted and misused adage, used by many, in my estimation, who are not able to do the minimum of rearing goats and sheep," added Holness.

According to Holness, instead of spanking, the society should strive to find more humane forms of punishment for children such as withholding some of their beloved belongings or devising timeout tactics.

In addition, Holness outlined that it is the responsibility of parents to spend time and communicate with their children when they misbehave, ensuring that they understand that what they did was wrong.

"You as a parent, as a caregiver, as a teacher, can get children to understand why they should behave in a particular way and why it is important in terms of society's norms in order to build better children," said Holness.

Despite increased objections, corporal punishment continues to be used in many Jamaican homes and schools and seems to be in keeping with the common-law right to inflict "reasonable and moderate" punishment on children.