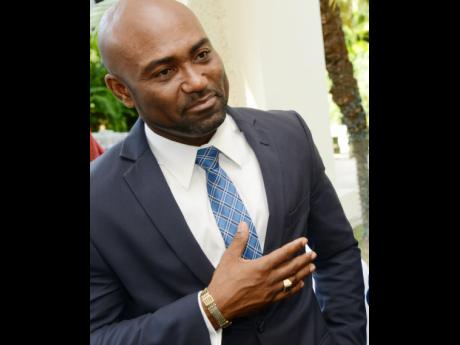 Minister of Science, Energy and Technology Dr Andrew Wheatley is on track to fulfil the plans for the energy sector as outlined in the Jamaica Labour Party's manifesto.

Regarding manifesto plans to improve Jamaica's energy infrastructure, Robert Wright, president of the Jamaica Solar Energy Association (JSEA) pointed to: completion of the retrofit of the Bogue plant in Montego Bay; the construction of a liquefied natural gas (LNG) offtake pipeline by New Fortress Energy; the commissioning of the new Wigton Wind Farm in Manchester; the award of 37MW of solar power to Eight Rivers Energy Company; and the reinstatement of the net billing programme for solar interconnection to the national grid as landmark achievements in Wheatley's first 100 days.

For energy consultant Mark Dennis, the improvements in Jamaica's energy infrastructure have been an ongoing process continued by the new administration.

Regarding plans to review the National Energy Policy (NEP), Wright said levels of anticipation among players in the renewable energy industry, in particular, are heightened.

"We look forward to a comprehensive review of the NEP with the Government of Jamaica being encouraged to double the current renewable energy goal of 20 per cent to at least 40 per cent by 2030, and for the public utility to be given a mandate to invest in the development of a smart energy grid. A modern transmission and distribution system will complement the significant new investments in generation that are now transforming our national energy landscape," he said.

For Dennis, the review of the NEP to set out an effective regulatory framework has received appropriate attention from the necessary stakeholders.

"Most, I believe, would agree that an ineffective regulatory framework is a legitimate bottleneck, particularly for the energy sector which accounted for around 15 per cent of GDP and over 51 per cent of our total export earnings in 2013. This kind of data suggests that energy must be tackled as a top priority if we wish to grow the economy. And I have been happy to hear both newly formed entities commenting likewise in the media."