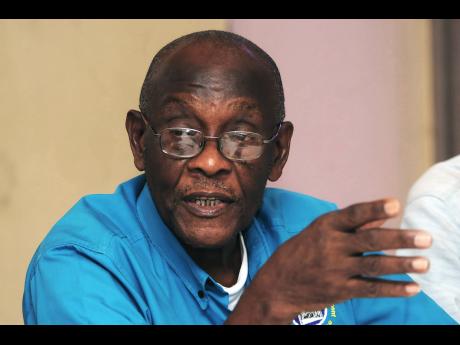 Even though statistics suggest a decline in crime in recent times, Spanish Town, St Catherine, continues to be haunted by the legacy of fear from the not-so-distant days when it was viewed as the murder capital of Jamaica.

"The biggest problem is fear. Crime and violence is no longer a serious problem in Spanish Town; it is fear. The stigma is what is affecting Spanish Town right now," said Earl Hyde of the Parish Development Committee (PDC) at a recent Gleaner growth and development forum held in the town.

Solid gains in law and order

Hyde explained that while the gangs that had residents living in fear and investors avoiding Spanish Town were still around, some solid gains had been made in terms of law and order.

The PDC, working with the Social Development Commission, had gone into troubled communities and brokered a peace agreement among residents, according to Hyde.

"They had a fun day and you go and see the thousands of people who don't normally leave their gate, come out to enjoy themselves. The community safety and security division of the police have an influence in all these communities. They go in there without guns and nobody trouble them," he said.

However, some of these gains are now at risk of being eroded by government agencies and police who venture with little understanding or appreciation of the hard work and time invested by others in gaining the trust of the people.

Hyde explained: "They (police) were making a valuable contribution and what used to happen, they will come in today and they build a relationship. (Then) the operations groups go in there and blam, blam blam and upset everything and that is part of the problem we have here.

"I have pointed this out to the commissioner himself. I say your people chat too much. They are talking too much because you are dealing with guys who are university graduates, high school graduates with many passes and distinction and credits and they listen to you and they analyse what you're saying and watch what you're doing and come up with countermeasures. Be silent!

"So, at least for now, the real problem with Spanish Town is not the One Order and Clansman gangs which have an understanding with each other and who understand the importance of cooperation; rather it is fear of the chaos that could once again descend if the fragile peace breaks. It is that fear which is stifling investment and job opportunities in Jamaica's first capital city."