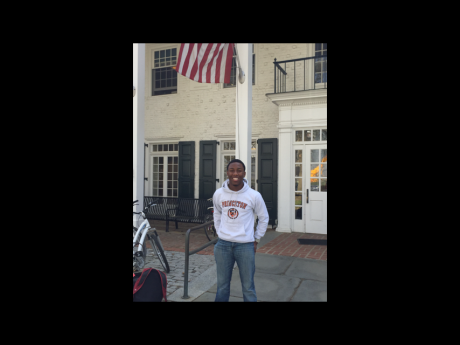 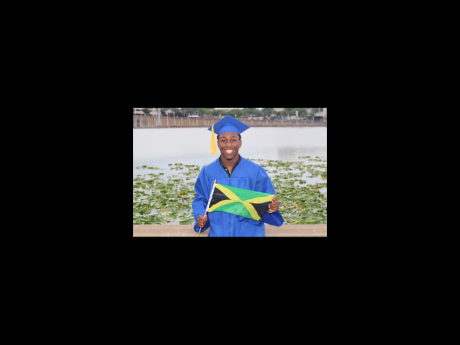 A childhood dream can become a reality, and that is a notion that resonates with the 2016 Gates Millennium scholar, Menelik Graham, a Jamaican who now lives in Florida.

Since leaving Jamaica at the age of four, he has been focused on attending the prestigious Princeton University in the United States, and this July, he will be doing just that in reading for a degree in economics.

Graham graduated as the Auburndale High School, Florida, valedictorian this year with a spectacular 4.63 GPA, and has secured more than US$2,156,548 in scholarships. Besides being a Gates Millennium scholar, he is also a recipient of scholarships from the Ron Brown Scholar programme, the Jack Kent Cooke Foundation and the Lakeland Elks Lodge, a sizable portion of which he said he will use to cover tuition, room and board, books, and transportation between Princeton and his home in Florida.

Already, Graham has made an impact on his home country, which he visited last December. He is the founder of the social programme, Boots4Ballers, which stemmed from his frequent visits to his relatives here in Jamaica.

"It started about two to three years ago. My younger cousin at Campion [College] asked if I had any football boots and I didn't have any, so when I got home [Florida], I asked some of my friends for old boots and I managed to get six [pairs]," Graham told The Gleaner.

He thought, he said, of the number of boots that people could give that they were not using and how these could change people's lives.

It became more than just a thought, because it propelled him to start the programme, pairing the Auburndale High School's Interact Club, which he started, with the Campion College Interact Club.

Through his Boots4Ballers programme, donated boots are given to children in need in Jamaica because he recognised that "many children play barefoot in Jamaica". Through this initiative, more than 200-300 boots have been shipped and distributed in the country.

Graham has indicated plans to expand the programme. He is committed to making a difference to the development of the country and sees how he can do so.

"What I plan to study can be related to Jamaica, because I'll be looking at successful and unsuccessful markets. I was even looking at a programme offered by GraceKennedy," Graham said.

He described the road to success as one he has had to contend with.

"The road to success is not straight, and it is under construction," he said.