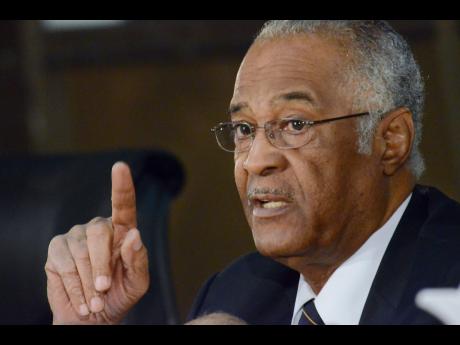 Jamaican taxpayers had to fork out almost J$150 million to cover fees for the high-powered lawyers used by all but one state agencies that participated in the recently concluded West Kingston Commission of Enquiry.

The Gleaner has obtained documents through the Access to Information (ATI) Act that give a breakdown of the fees paid to lawyers representing the Jamaica Constabulary Force (JCF), Jamaica Defence Force (JDF) and the Office of the Public Defender.

The Independent Commission of Investigations (INDECOM) was the other state agency at the enquiry.

But the agency's senior public relations officer, Kahmile Reid, said the Government did not have to pay any legal fees.

"All the attorneys are employees (at INDECOM) and, as such, were not paid extra. They were paid their usual salaries," Reid told The Gleaner.

The ATI data show that it cost the Government approximately J$71.7 million to pay Frater, Ennis & Gordon, which represented the JDF at the enquiry into the May 2010 police-military operation to capture then Tivoli don, Christopher 'Dudus' Coke.

It cost taxpayers J$49 million to pay the law firms that represented the JCF.

Of that amount, about J$15.7 million went to Gifford Thompson & Bright/Anthony Gifford. Attorney-at-law Gillian Margaret Burgess was paid J$4.3 million, while DunnCox and William Panton, which appeared together, were paid J$5.9 million.

An attorney for the JDF declined to comment when presented with the information.

When the commission of enquiry was established in February 2014, the then Opposition and other commentators said it was not necessary, as it would cost taxpayers too much.

Desmond McKenzie, the member of parliament for Kingston Western, who was in Opposition then, had even called for the scrapping of the commission.

An insider of the previous administration said the fees correlated with the prevailing hourly rate in the industry.

"They are market rates for attorneys, depending on their seniority," the insider said.

Meanwhile, a lawyer who participated in the enquiry said charges were made based on an hourly and daily rate. The lawyer explained that several attorneys did not bill the Government for preparatory work that was done.

Depending on their seniority, lawyers locally reportedly charge between US$250 and US$400 or approximately between J$32,000 and J$51,000 per hour in civil cases.

Data from the ATI request also indicate that the more than J$220 million in salaries for the commissioners and the secretariat are consistent with media reports last year.

Meanwhile, the third commissioner, Professor Anthony Harriott, has received his full payment of US$372,300 (J$42.8 million).

The Government has put the full cost of the enquiry about $450.8 million.

In its report released last month, the commission, which held sittings between 2014 and this year, recommended, among other things, reforms to Jamaica's security forces as well as an apology and compensation for the residents of western Kingston.

According to the report, 69 civilians were slain in the operation, with some possibly extra-judicial killings.