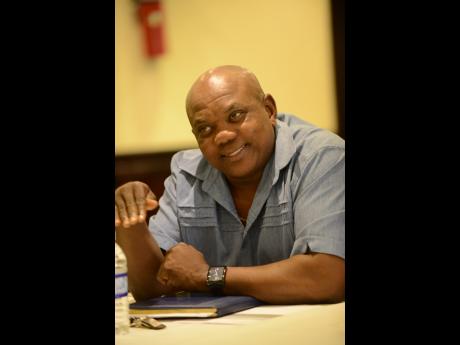 Initially, drivers were made to believe there would have been significant benefits in using the Mammee Bay-to-Kingston leg of the North-South Highway, but high toll rates might have put paid to that notion.

However, there are still benefits to be derived from the construction of the highway when viewed from a wider perspective.

St Ann's Bay Mayor Desmond Gilmore, speaking during a Gleaner Editors' Forum at Jewel Dunn's River in St Ann on Thursday, said the new road continued to have a significant impact on the economy of St Ann.

"The construction of the road has brought many positives to the parish. We are now ideally and strategically placed in the centre of Jamaica as it relates to access," Gilmore stated.

"We are just over an hour from Montego Bay and just over two hours to Negril; an hour and a half from Port Antonio; and 45 minutes from Kingston, so that is positive."

Citing the reduced travel time between the resort town of Ocho Rios and capital city Kingston, which some have estimated could be less than an hour, Gilmore indicated that this situation could also improve the tourism product.

"It is positive not only for us (in St Ann), but because we're so close. The plans of Government to develop Spanish Town into a tourist attraction, plus the Bob Marley Museum in Kingston that people want to see, means that even the cruise ship passengers can now come to Ocho Rios, and they can drive to Kingston, visit the Bob Marley Museum, and get back in time to catch their ship," Gilmore explained.

With Jamaica realising US$1.3 billion from tourism for the first six months of 2016, Gilmore said all of Jamaica stood to benefit.

Businessman Michael Drakulich, who operates Mystic Mountain Mountain, one of the major tourist attractions in Ocho Rios, also hailed the benefits of the new roadway, telling the forum, "The road is good."

He, like other attraction operators in St Ann, stands to benefit from increased Jamaican traffic to the resort town.

Another area of positive impact, Gilmore said, is that of entertainment.

Gilmore said that over the past year, Ocho Rios has become the entertainment capital of Jamaica during holiday seasons, all because of easier access.

"We are also blessed with entertainment venues such as Pearly Beach and Richmond, where the Noise Abatement Act won't affect events."

Gilmore said that there has been an increase in entertainment events in St Ann since the new highway was opened, with events getting more support from Kingston because of the reduced travel time.

One of the several positive spin-offs from increased entertainment events is more income opportunities for vendors.

Kirkland Kelly of St Ann-based Streets Entertainment, promoters of several calendar events such as Soak and St Ann Jerk Festival, said there has been increased support from Kingston patrons since the North-South leg of the highway opened.

"Yes, definitely, there is an increase," Kelly told The Gleaner yesterday.

"People now have it easier to come to Ocho Rios because of the new road."

He pointed out that many promoters of events in Kingston who always like to support their peers have also been taking advantage of the shortened travel time.

He pointed to last week's jerk festival which, from all indications, attracted greater support from Kingstonians.