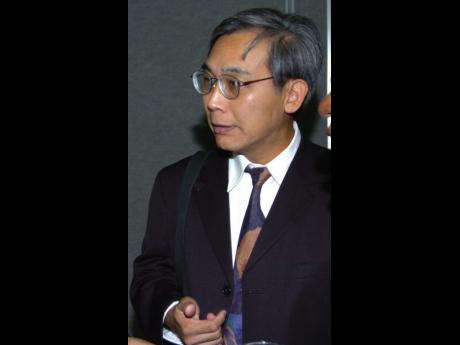 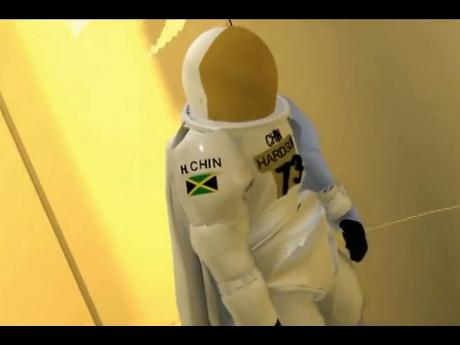 Contributed
A screen grab of Howard Chin's spacesuit taken from an animated simulation of his rocket launcher at work.
1
2

Howard Chin was bored. That is how he explains his initial motivation for designing a rocket launcher and spacesuit, which have the potential to revolutionise space travel when the concept of space tourism becomes a reality in the not-too-distant future.

"I was visiting my cousin in Florida and it was a Sunday morning ... and I was bored, so I found a pencil and a piece of paper and started scribbling, and that was the start of it," Chin said.

For the rocket launcher system, since the start of the year, Chin has been granted a total of 12 patents from eight countries and received a first opinion from the United States patent office. The European Union and Jamaican patent offices have signalled their intentions to grant the patent in the coming months.

Speaking with The Gleaner, Chin, a consulting mechanical engineer, highlighted the unique features of his rocket launcher design.

He said the rocket-launching system elevates rockets into the stratosphere before launching them by use of a vertical cableway, whose weight is offset by high altitude air balloons.

Chin's rocket-launching system is unique because it would enable space travel by using renewable energy entirely to drive the launching system. He has described it as a short version of the space elevator. The design is also highly energy efficient because it recovers part of the energy used to lift the carriage, which contains the rocket on the way up to the launch point, by generating power on the way down. The design is in fact classified as a green invention by the Canadian Intellectual Property Office (CIPO), which granted it six separate patents.

According to the McMaster University-trained engineer, "small version of [the rocket] could be built in about two years and it would be able to go up to about 30,000 feet."

The past president of the Jamaica Institution of Engineers (JIE) explained that the system would be particularly useful to the space tourism industry when it becomes fully developed.

Space tourism, which is being pioneered by millionaires Richard Branson and Elon Musk, is intended to launch rockets transporting passengers to an altitude in excess of 100km, which is defined as the beginning of space. The nascent industry recently experienced a setback after Branson's Spaceship 2 space plane suffered a fatal accident during a test launch.

Chin is of the view that his rocket launcher could improve the prospects for environmentally friendly and affordable space travel.

"There are at least two of them that are using aeroplanes to carry the rockets to altitudes from which they can be launched ... that takes up quite a bit of fuel which cannot be recovered, but with my design you can use renewable energy," he said.

Chin's accompanying design of an anti-g space suit ('g' is a measurement of the type of acceleration that causes weight), which has been granted a patent in Korea, also signals a beacon of hope for the space tourism industry.

"I included a spacesuit which can operate in high gravity ... . During the launch phase of a rocket your weight increases in excess of five times g ... so it's hard to breathe and move. In the spacesuit I proposed, you are suspended in a liquid so, essentially, you are floating in a bath and you are able to go into orbit through mechanical-assisted breathing and movement," he said.