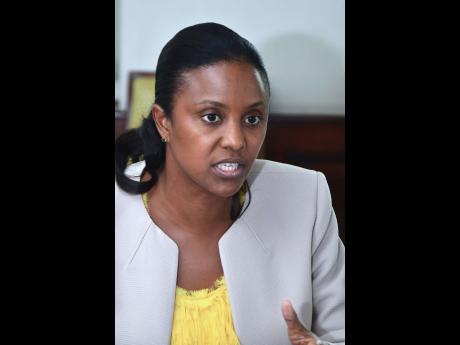 Traditionally, members of school boards were recruited from among supporters of the governing political party.

These partisan boards were harshly criticised for not fulfilling their mandate to effectively oversee the delivery of education and improvement in school administration and student achievement.

As Fourth Floor participants engaged in a critical examination of Jamaica's education system, the functions of school boards came in for appraisal.

Former Education Minister Maxine Henry-Wilson pointed to some of the positive changes that have taken place in the appointment and composition of school boards.

She shared that members of Parliament can no longer make recommendations for school board appointments.

It is the National Council on Education that is now responsible for appointing school boards. It draws on the talent of members of the community, parent-teacher associations, as well as alumni groups in a move to ensure that boards are as diverse as the democracy that they seek to represent.

"I believe if someone is offering to lead a school as a member of the board, the community should vote for that person," he argued.

He laid out for Fourth Floor the system he has in mind. Someone who wants to sit on a school board would present an agenda and plans to the community at, say, a town-hall meeting. Persons would vote for their candidate of choice for a specific term. At the end of the tenure, the chairman gets a report on the school's performance from the inspectorate and shares it with the community.

Hamilton is convinced that an elected board would be more responsive to the school's needs and more accountable to the community. He argued that the process of electing board members would increase community interest in the school since community members would have a direct voice in their selection.

Trisha Williams-Singh, Digicel's senior corporate relation manager, has demonstrated what focused leadership can accomplish in a short time. In three years as chairman of the New Forrest Infant Primary and Junior High, she has seen its transformation to a high school and unprecedented levels of achievement.

Her unabashed pride that New Forrest has produced the top 2016 GSAT student in the person of Kaneel Plummer earned the applause of Fourth Floor participants as they settled down to examine the country's education system.

Using adjectives like "dynamic" and "strong" to describe principal Arnaldo Allen, Williams-Singh shared with participants the attributes of his transformational leadership at New Forrest.

"When you have a board, there is nothing wrong if a person is affiliated with a party, but you must be doing work. The focus of coming to meetings is to deliver on the clear objective, which is to educate the children," she reasoned. She urged fellow board chairmen to become more action-oriented and solutions- driven.

Williams-Singh is extremely passionate about the business of education and wants to see a national campaign to place education front and centre of the nation's consciousness.