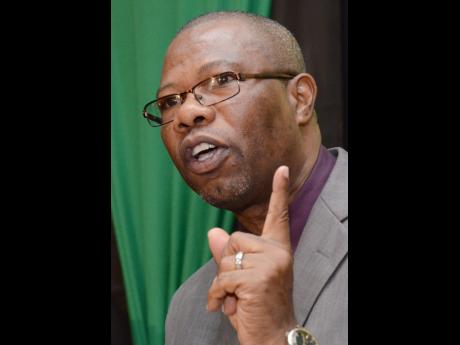 The Reverend Everton Jackson, the head of the Peace Management Initiative (PMI) in western Jamaica, believes that were it not for his organisation's conflict resolution efforts in strife-torn communities in St James, the murder count would be much higher.

"The role of the PMI is to attempt to intervene in potentially explosive circumstances with a view to defusing those situations so as to avoid a flare-up that might lead to violence and other criminal activities," said Jackson. "We have been doing that, and in fact, if we were not doing that, the murder rate would have been much higher."

St James has had 210 murders since the start of this year, which is just two short of last year's all-time record of 212, albeit that there are still two full months to go in the year. In fact, the police have long conceded that they expect the record to fall before the end of the year.

In speaking to the PMI's role in preventing violent reprisals in the various conflicts that have been plaguing the parish, Jackson said that a critical part of his organisation's efforts to prevent reprisals is to work tirelessly to educate residents on the importance of seeking to find amicable solutions to their various issues.

"We have about 18 persons who are placed in various communities as 'violence interrupters', wherein they would interface with persons who might be deemed as at-risk youth or persons who might have the potential to create havoc or other violent activities in the community," said Jackson. "Oftentimes, we have had to work around the clock to prevent reprisals."

The much-respected pastor also noted that sometimes, residents are more willing to trust and confide in PMI representatives than in the police.

While he is fairly satisfied that the PMI has been able to gain the trust of residents, Jackson says he would like to see the police on board as a trusted partner in the conflict intervention and crime-prevention efforts being pursued.