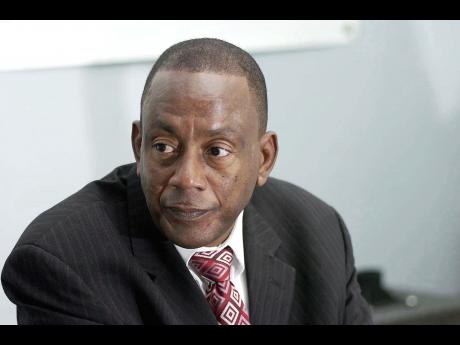 Montego Bay Mayor Glendon Harris has vowed to establish a hard line against the perennial problems of illegal street vending and improper waste disposal in the western city.

Over the past five years, the parish council has tried numerous strategies in its bid to relocate vendors to the People's Arcade and the Charles Gordon Market as a means of reducing congestion in downtown Montego Bay, but to no avail.

In fact, the situation has been further exacerbated by the ongoing problem of improper waste disposal, which often results in drains being clogged during periods of rain.

"If we go all out to look out for the vendors and designate streets to them, it must be under conditions, and if they cannot keep those conditions and keep their end of the bargain, then you will automatically have to end the relationship," said Harris.

"If you notice those streets, they become bedrooms, bathrooms, and permanent places for some of the vendors, and we cannot tolerate that."

On the issue of improper garbage disposal, Harris said it was a culture that the parish council was trying to change but is facing resistance from those involved in the practice.

Concerning the sanctions for both illegal vending and improper waste disposal, Harris said efforts are being made to assign stiffer penalties.

"The minister of local government has announced that he is moving towards increasing the fines for the offence of improper disposal, so that they will be deterrents, because one day there was rainfall, and garbage blocked the drains out at Fairview, and who got the blame? It was us," said Harris, in reference to the flooding at the Fairview Shopping Centre in August.