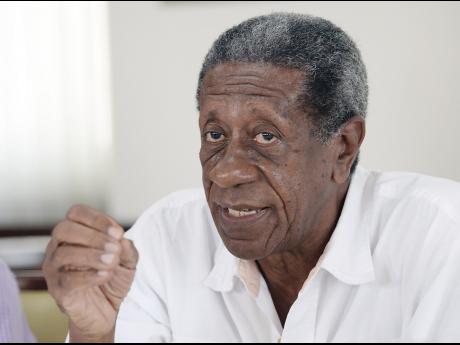 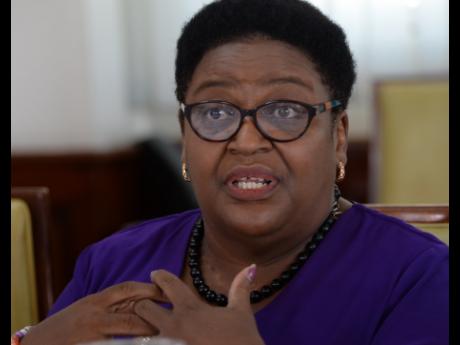 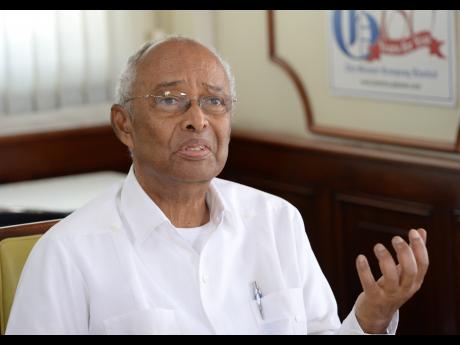 Scrap the municipal police and hand over their work, which includes enforcing law and order in markets, to the Jamaica Defence Force (JDF), former local government minister Arnold Bertram has said.

"In a country that cannot train and equip police force, I don't see how you going to train and equip a municipal police force," said Bertram at a Gleaner Editors' Forum on local government, at which he also won the support of some representatives from the business community.

The forum comes as Jamaicans get ready for the country's 16th local government elections on November 28.

Municipal police units have been established in parish councils in Jamaica since 1999, with a mandate to maintain civic order, enforce municipal laws and regulations, and secure and protect the property, personnel and equipment of the local authorities. They are also to investigate claims and other matters on the behalf of municipalities.

But Bertram, a historian, said the nature of crime in Jamaica has changed over the years. He insisted that maintaining a municipal paramilitary unit when the Jamaica Constabulary Force (JCF) itself was struggling was not worth it.

"In 1947, pickpockets were the main forms of antisocial behaviour at that time. Most towns where you now have a market district are now hotbeds of crime that range from assault to a whole range, that not even an established police force seems capable of dealing with. It is unlikely that any local authority is going to be equipped to enforce municipal laws."

On that he said the JDF, which was established in 1962 with a mission to deter or defeat threats to the State, is the appropriate body.

"For some reason, we operate by keeping the best player on the bench while we lose the match, and I'm talking about the Jamaica Defence Force. If the police can barely cope with the investigation of crime, I can't see anybody else to help us out of the hell."

Bertram was supported by Noel DaCosta, a former corporate relations director for global alcoholic beverages company Diageo and current commissioner on the Jamaica Debates Commission. "They (JDF) have the discipline and I assume they have the time."

Caution, however, came from Political Ombudsman, Donna Parchment Brown, who said including the soldiers in civilian police could throw up "a number of issues". "One does not expect the JDF to be regularly interfacing with the citizens."

"The constabulary is designed to interact and enforce laws in respect of citizens within Jamaica. The JDF is really intended to protect us against external pressures," she added.

It's not the first time that calls are being made for the army to play a more active role in the helping Jamaica curb its crime problems. At current rates, homicides, in 2016, could increase by almost a quarter, pushing the figure to more than 1,500 killings, or around 56 per 100,000.

Scean Barnswell, president of the Association of Local Government Authorities of Jamaica, said he was against scrapping the municipal police. Instead, he wants a boost in the number of cops. "Since the merger of the Island Special Constabulary Force and the Jamaica Constabulary Force, the local authorities are left without any unit to deal with enforcement as it relates to vending and other local issues.

"What we need to do is to increase the number of personnel we have as municipal officers. They serve a purpose in assisting the local authorities with persons found littering or urinating in public spaces, and very soon they can be able to assist us in traffic offences and with persons vending, where persons erect buildings without permission," the chairman of the Clarendon Parish Council said.

The JDF has, from time to time, helped the police with operations which almost always are led by police commanders.