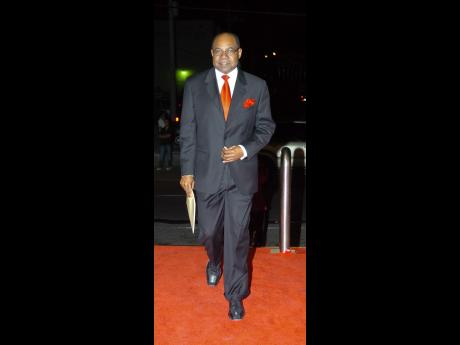 For his monumental contribution to travel and tourism, Jamaica's Edmund Bartlett has been named the World's Leading Personality for Outstanding Services to Travel by the prestigious World Travel Awards (WTA).

The tourism minister will receive the award in the Maldives, South Asia, this Friday, December 2. This is his second award from the WTA, having copped the 'Caribbean's Leading Personality' in September.

Making the announcement, WTA's president and founder Graham Cooke said this was th most prestigious honour of the year and would be presented to an individual who has made a significant contribution to the travel and tourism industry.

"A positive, defining impact, not only over the last 12 months, but over the course of a lifetime," said Cooke.

In a letter to the tourism minister, Cooke said the WTA Academy met to review suitable candidates and unanimously "one name came to the fore".

Minister without portfolio in the Ministry of Economic Growth and Job Creation Dr Horace Chang will accept the award on behalf of the Port Authority of Jamaica.

"The red-carpet event will be the most prestigious high-level gathering of the year," stated Cooke, adding that the awards would be staged at the Olhuveli Beach and Spa Resort before an audience of travel and tourism leaders across the globe.

"We are deeply privileged to be able to formally honour and recognise such a pioneering and inspirational man and to present to the global industry an exemplary torch-bearer of undisputed industry excellence and the power of good to the world of travel," said Cooke.